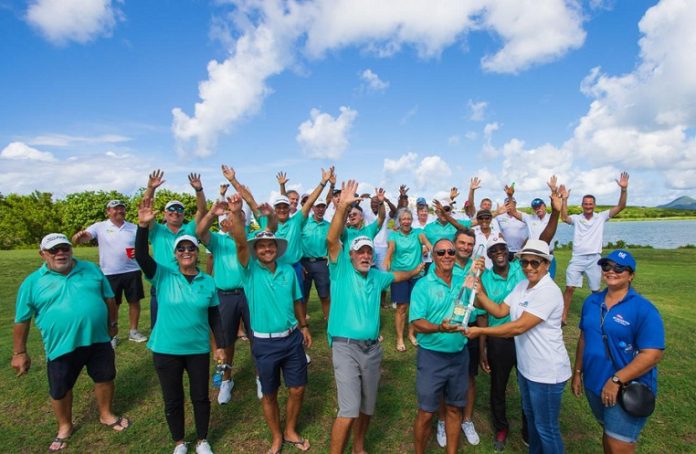 PHILIPSBURG, Sint Maarten — The annual event of the Concordia Cup golf tournament was held last weekend. Started in 2005 and held every year, this tournament is based on golf’s “Ryder Cup“ and pits Dutch side St. Maarten Golf Association ( SMGA ) players and French side Saint Martin ( Les Tamarins ) players. The event is held over two days with 18 players per team.

On Saturday morning 36 players started play in a “ shot gun “ formula (all starting at the same time from different holes ) on the green fairways of the Mullet Bay Course in teams of “ 2 against 2 “ for 9 matches. The lowest score of the 2 being the one that counts against the opponent’s lowest score. Les Tamarins players started well with the end result of 6 points against SMGA’s 3 points.

On Saturday afternoon all players were out on the course with a different format. In teams of 2, the players had to hit the same ball alternately until the end of the hole. Yet again Les Tamarins played well gaining another 6 points over their opponents 3 points.

Sunday morning the format was 18 individual matches. SMGA players had to win 12 out of the 18 matches to win back the cup. A daunting task and one that sadly did not come to fruition, with Les Tamarins gaining a successful 12 wins against 6. Thus Les Tamarins golfers retained the Concordia Cup 2021 with a 24 to 12 point win.

May-Ling Chun of the Sint Maarten Tourism Bureau presented the trophy to the French.

The Concordia Cup tournament, although very competitive, is played based on friendship and in good spirits and all players look forward to continuing this prestigious tournament for many more years.

For more information on this tournament or membership please contact the Golf Shop at the Mullet Bay Golf Course or check out the SMGA Facebook site at https://www.facebook.com/St.MaartenGolfAssociation 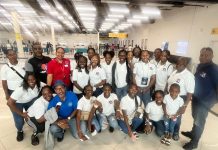