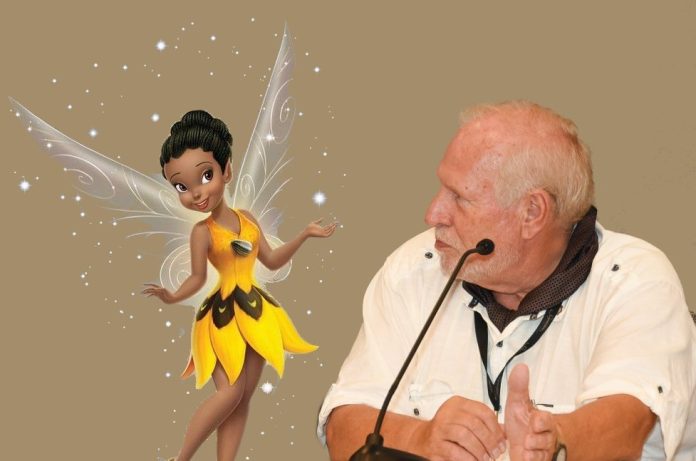 Having aspirations to be part of the Caribbean tourism industry? Get education in hospitality programs of universities or academies, right? Not always right! Webinars or workshops of hospitality or tourism consultants, right? Not necessarily right either! Then what the heck seems to be right?

Think of the “Disney Institute” and it is no Micky Mouse! It is not about turning the Caribbean into Disney World. It is all about the Caribbean learning about and then applying some of the principles that made Disney beloved and successful. Caribbean authenticity can not only be preserved, but it can actually be enhanced and made unique. What does the Disney Institute claim that no University and no tourism or hospitality education program does? “Explore lessons from 50 years of Magic”, “Discover the Method Behind the Magic”. Does that tell you something? Universities and academies don’t teach magic. It is just not their style.

How the Disney Institute is profiled. Not trying to promote an institution, but rather just providing one with food for thought. The Disney Institute is the professional development and external training arm of “The Walt Disney Company”. The company showcases ‘the business behind the magic’ through seminars, workshops and presentations, as well as programs for professionals from many different industries, including healthcare, aerospace/aviation, government/military, food/beverage and retail. For professionals from Aviation? Actually, the first time I heard about the Disney Institute was from a keynote speaker of the Institute at the world’s largest business aviation convention.

An employee that works at Disney Parks or at the Disney Store is a “Disney Cast Member”. They have various jobs, also like tending to rides and attractions, and even such as watching over security. There are requirements and strict rules that a “Disney Cast Member” must follow and being part of what some consider the happiest place on earth or a magical environment to work in. Those rules may include allowed hair styles, wearing specific glasses if needed.

Cast members are supposed to help making a magic dream a reality, each and every day. They are trained to be as positive and as nice as possible, to both the young and young at heart. Maybe most important are the cast member rules to always represent the magic, never leave questions unanswered, and full availability. No pointing with one finger because in some cultures of the visitors, pointing with one finger is considered the height of rudeness. The suggestion is to point using an entire flat hand. One never stops learning. It is not surprising that cast members have to follow a “Disney Traditions Class”. Ever heard of a “Caribbean Traditions Class” for tourism stakeholders?

There are things to think about, that actually could be applied to show Caribbean authenticity. Maybe employees wearing an appropriate Caribbean costume. And of course, sell Caribbean souvenirs that are not made in the Far East, but rather produced by islanders in a local home industry. What preferably not to sell? Disney chooses not to sell gum at any location within their premises. The fact that there’s never any gum on the ground is thanks to the fact that it’s not for sale in any of the parks. It keeps the parks clean.

Trash cans are positioned in certain distances at every Disney theme park. If not, then debris may end up on the street or in the environment. One will find garbage cans conveniently placed every 30 steps from each other, encouraging guests to throw away their trash! 30 steps may be little, but 30 yards or meters would be acceptable. Actually, Disney makes it fun to throw away trash by placing adorable, iconic trash cans all over their premises and guests seem to respond perfectly by throwing their trash away with delight. Imagine if a motion detector activates an electronic voice saying, “Feed me more. I’m hungry!” It can make throwing trash away an unforgettable event. Here, those so called adorable iconic trash cans could also be made locally in the region to help economy diversification.

How about promoting Caribbean “Imagineering”? There is an institution called “Walt Disney Imagineering Research & Development, Inc.” Imagineering is the creative force behind memorable experiences that connect and inspire across generations and borders. Imagineers are characterized by making the impossible possible. Bringing the most awe-inspiring new or traditional cherished effects or characteristics to life. Imagineers can be any role on an island from educators, illustrators, architects, decorators or designers, costume or fashion designers to landscapers. “We dare ourselves to think beyond what’s possible. To defy imagination. And to do things that have never been done. That fearless creativity is in our DNA, and directs the incredible, immersive experiences we create around the world.” – Bob Weis, President of Walt Disney Imagineering

Someone in the Caribbean may want to explore, create and follow some of the same principles as the ones described above, yet adjusted to what the Caribbean has to offer. At least one might think about working together with the Walt Disney people. It is very often claimed that some countries in the Far East are copying things and then producing it themselves. Their claim is that they don’t copy, but that they are learning. The Caribbean can learn from the principles of the magic that made an industry partner beloved and successful.

Don’t copy! Just learn! Think of contributing to a new post-pandemic normal. Humm…, I may consider having a keynote speaker of the Walt Disney Institute making a presentation at my next conference.