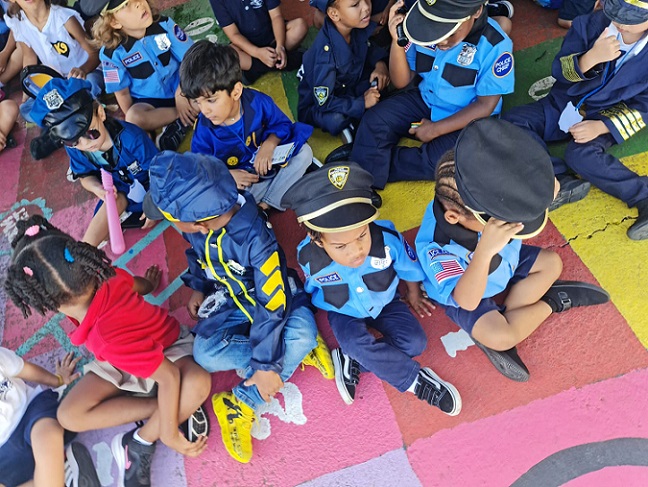 In an ongoing effort to bridge the gap between the Police Force of Sint Maarten KPSM and students of Sint Maarten, a group of police officers is conducting a series of information sessions at several schools.

On September 16, 2021, two of police officers made a presentation at Learning Unlimited Preparatory School. Majors J. Boyrard and I. Woodley with the police K-9 Oscar demonstrated how an arrest is made via the police K-9 deployment.

After, they explained to the students the types of police dogs and their skills.
The KPSM management team expresses gratitude to Learning Unlimited for inviting the officers.

The Police Force of St. Maarten KPSM has begun implementing an action plan based on the ministerial decree, issued by the Minister of Justice, to reduce the fights and other illegal acts committed in and around the schools especially in St. Peters and South Reward. To tackle these types of behaviors and lay a foundation to reduce incidents, KPSM recently put together a team of officers to carrying out actions around the schools.

Other actions will be undertaken by KPSM to further safeguard everyone in the affected areas.