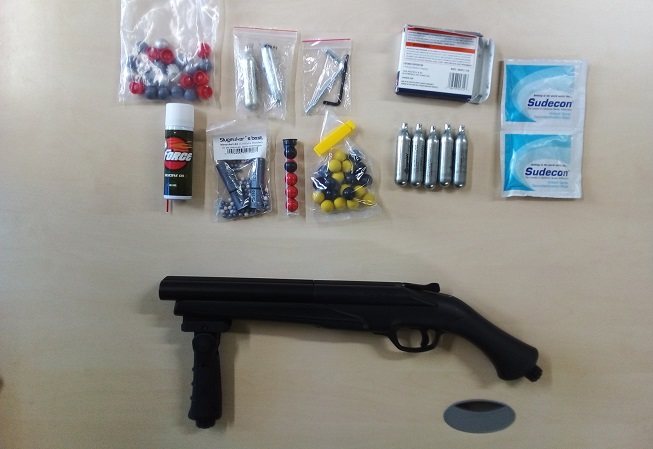 PHILIPSBURG, Sint Maarten (OM) – Customs officers confiscated an air rifle and related ammunition on Wednesday. The weapon was discovered in a package during a routine check of imported packages.

It is forbidden to import, be in the possession of or to use an air gun in Sint Maarten.

A weapon such as an air rifle could be used to threatened or cause physical harm to a person and/or animals. The look of the weapon can easily lead to it being mistaken for more dangerous weapon thus posing a further issue to the safety of the community.

An air gun is a gun that fires projectiles pneumatically with compressed air or other gases that are mechanically pressurized without involving any chemical reactions. They typically propel metallic projectiles that are either diabolo-shaped pellets or spherical shots called BBs.