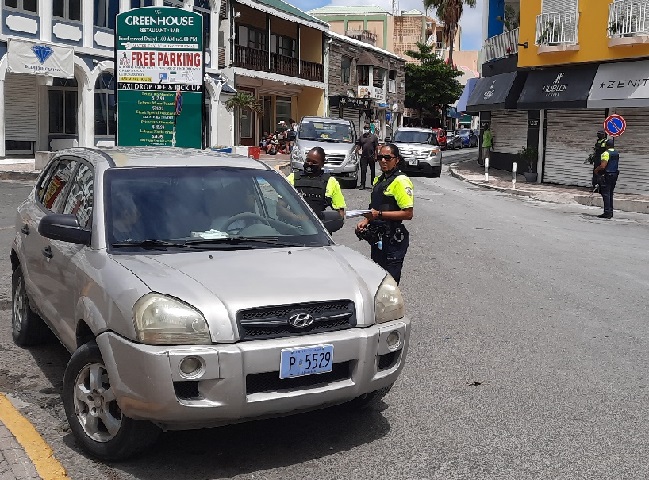 PHILIPSBURG, Sint Maarten — The Police Force of Sint Maarten KPSM issued fines for various traffic offenses, ordered vehicle owners to remove very dark tint from their vehicles and confiscated one scooter in a traffic control in Philipsburg on Wednesday, August 4.

The confiscated scooter was one of three scooters stopped in the control. Twenty-two drivers had to remove the very dark tint from their vehicles in the presence of officers.

Fines were issued to 22 people for various infractions such as not having their driver’s license or insurance in the vehicle and driving without a wearing a seatbelt.

Drivers are reminded by police to all vehicle documents in the vehicle, to always have their driver’s license when operating a vehicle, and to adhere to all traffic rules when using the road.

Officers conducting the control focused on:

These controls also double the training for rookie police with the goal of helping them better their skills while improving service to the community. The controls under the supervision of the police training instructors and senior police officers.

KPSM intends to execute frequently controls for the safety of the community.