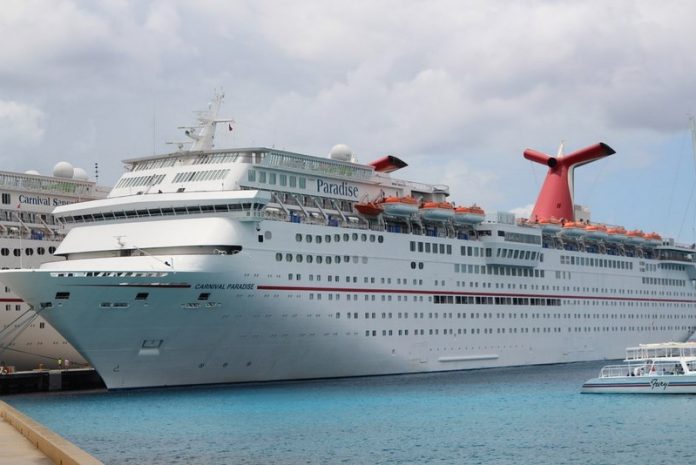 Kingstown, St. Vincent: Two international cruise lines have offered the services of some of their ships to help evacuate people from St. Vincent and the Grenadines, if the La Soufriere volcano erupts explosively.

Prime Minister Dr. Ralph Gonsalves spoke to the issue in two press conferences held on Thursday, in which he briefed the nation on emergency developments at the La Soufriere volcano.

At the first press conference held on Thursday, Prime Minister Dr. Ralph Gonsalves said Royal Caribbean Cruises will be sending two vessels, one of which was to arrive tonight at 8:00 p.m.

“Camillo (the Finance Minister) has just sent me a note here saying that the Chief Executive Officer of Royal Caribbean Cruise Lines , Mr. Michael Bayley will have one vessel here tonight by 8:00 p.m. tonight, if we require,” Dr. Gonsalves said (at 39 minutes and 37 seconds into the linked clip of the first press conference). He said the second vessel “can come shortly thereafter”.

But, at the second press conference on Thursday, at about 9 minutes and 14 seconds into the press conference, Dr. Gonsalves said Royal Caribbean will be offering three vessels, two of which will arrive on Friday morning (April 9).

“Royal Caribbean is offering three (3) ships, two of them will come by tomorrow morning, a third one will come subsequently,” he added.

He revealed in the second press conference that “Carnival Cruise Lines, through the Minister of Tourism has indicated that by tomorrow evening (April 9), there will be two cruise ships from Carnival”.

He said the cruise ships of “Royal Caribbean will be first used to transport the persons from St. Vincent and the Grenadines who are to be evacuated to other islands, other countries in the region who have offered temporary hospitality, namely St. Lucia. Grenada, Barbados, Antigua”.

He said the British Virgin Islands is also on the list but further arrangements have to be made.

He urged persons likely to be evacuated to get vaccinated.