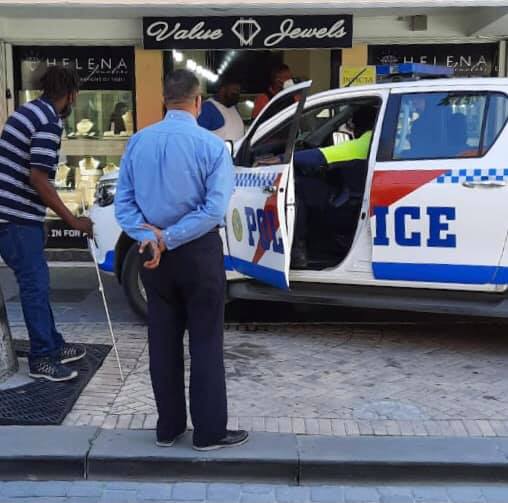 PHILIPSBURG, Sint Maarten (KPSM) — The Police Patrols were directed to a Jewelry store on the Front Street on Monday, February 1st 2021, about 12.00 pm, for an armed robbery that had just taken place.

According to the information gathered on the scene, two men dressed in dark clothing went into the store pretending to be costumers. When the two suspects were shown the jewels, both men drew their firearms and robbed the business of the jewelry.

After robbing the store, the two suspects fled on foot via the alleyway in the direction of the Sundial school. A search was carried out in the Philipsburg area by the patrol, but officers unable to locate the suspects.

The Sint Maarten Police Force is requesting any information from persons who may have seen or recognize the suspects connected to this investigation. The more the community comes together to assist in the fight against these crimes, the faster the robber(s) can be apprehended.