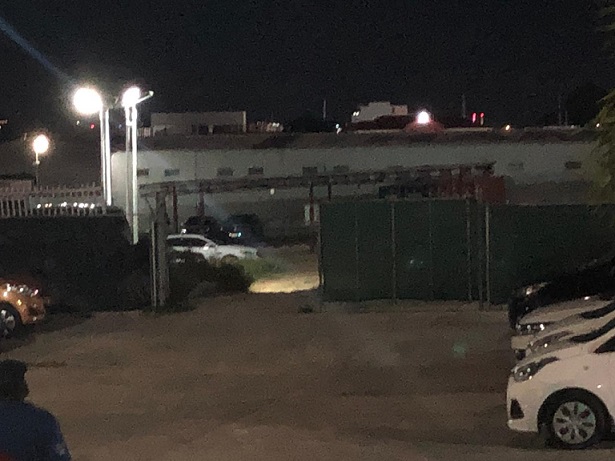 COLEBAY, Sint Maarten — A 27-year-old man with the initials M.B is now in police custody, after being shot in the leg while officers were responding to reports of a possible breaking and entering at a used car dealership in the Cole Bay area on Sunday, November 29th, 2020.

The Police dispatch center received several calls regarding persons being spotted breaking into and damaging cars at the car lot location. Patrols rushed to the scene and were approached by one of the managers of the dealership. They were informed that the security had seen several unknown persons stealing parts from the vehicles stored in the yard and were possibly still on the property. Officers immediately searched the storage facilities.

During the search, M.B was spotted hiding behind one of the vehicles. He attempted to flee via the main entrance after his attempt to jump the fence proved to be futile. The suspect grabbed a boulder and proceeded to run towards an officer who was stationed in the entrance hoping to escape. The officer commanded the suspect to stop and when he refused the officer fired a shot which stuck M.B in his ankle after which he was placed under arrest.

The ambulance personnel treated him on the scene and later transported to the Sint Maarten Medical center for further treatment. His wounds are not life-threatening. The whereabouts of the other suspects involved are still being sought out. This investigation is still ongoing.