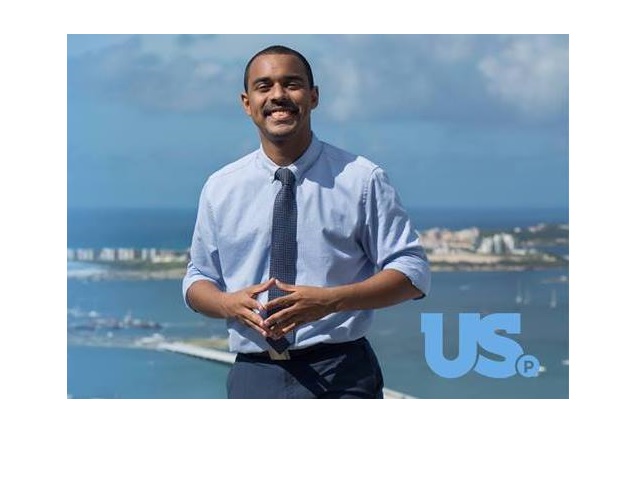 Says dilution of shares could rob country of Millions

PHILIPSBURG, Sint Maarten — United St. Maarten Party Member of Parliament Rolando Brison has initiated a draft national ordinance that would facilitate government with a way to sell the remaining minority shares of UTS before risking the dilution of the value of these shares.

“I have been investigating the sale of UTS for many months, once it had become clear that Curacao who owned the vast majority of the shares of UTS was going to sell its shares. In all this time, unfortunately, nothing has been done by Government to finalize the sale of our shares. My immediate fear was and still remains that should this sale not happen concurrently with Curacao, the point at which the value of the shares would be at its highest, that after the sale the shares value could see an extreme drop due to the economic concept of Share Dilution,” explained Brison as  part of the reasoning for this initiative. The MP believes a recent release by the new owner of UTS about the unfair level of risk St. Maarten bears relative to the amount of shares it owns was yet another hint that share dilution may be a real possibility. “It would not be nice, but if they follow proper procedures, they could take measures that could result in our share price dropping from Millions in value to just pennies on the guilder!”

UTS could, among other things, take on large debt against the value of the company (thus lowering the share value of St. Maarten), or worse yet, issue new shares that would dilute the value of ours.

The MP feels that left unchecked, this situation would spiral out of control and potentially rob St. Maarten and its people of literally Millions of guilders. “While a year has passed without the government doing anything to finalize the sale, I worked tirelessly with our team over the past weeks to have this law initiated due to the time sensitivity of this situation. I couldn’t in good conscience let the ineffectiveness of this government yet again hurt St. Maarten’s sustainability.” Depending on how soon the council of advice can review the advice, how soon the chair can schedule the debate on this law and other factors, the process could be finalized in just a matter of weeks from the date of submission.

The assertion of the Minister Justice that the sale of UTS has to be in the budget in order for it to go through is very far from the full truth. While having the sale of the minority shares of UTS that St. Maarten owns listed in the budget is one way that the sale can get approval, there are other much more expedient methods. Article 46 sub 3 of the National Accountability Ordinance allows for the Minister of Finance together with the responsible Minister to enact a National decree, empowered by National Ordinance, to tell shares of companies. The budget is only one such ordinance. Another way would have been for government to initiate the law in its own Draft National Ordinance and send that on to parliament, but it has been over a year since this government was sworn in and nothing was done. The final way is for MP’s to pass the law by the initiative of one of its members, which MP Brison has done with his draft initiative law.

“It is very unfortunate that the Minister of finance, who is primarily responsible for the sale of country shares as a whole, does not seem to grasp rudimentary economics nor the accountability ordinance sufficiently, as he could have facilitated a way together with the Minister of Justice, in accordance with Article 46 of the Accountability ordinance, to bring this law to Parliament. Considering that Ministers have much more means and resources available to them to draft laws than MP’s do, it’s a shame ‘that I have to do his work for him’, but I do it proudly for my people,” stated MP Brison.

The MP plans to elucidate the importance of the sale by presenting his defense of this law to fellow members of Parliament, as is customary in the legislative process. Some possibilities where these funds from the sale could go to would be a central part of that defense. “For example, we could rebuild the library, repair schools, fix so many roofs, provide funds and economic relief to SME’s, support more training in the fields of tourism and construction for our people and even give liquidity support to the airport without astronomical and unfair conditions.”

“While tightening the belt is one way of balancing a budget, the other is income generation. I will be focusing on both aspects of these, not just cost-cutting in my tenure as an MP, and use all legal measures available to us to raise funds for our country”

This is the second legislative document the MP has initiated just 1 year into his tenure as MP, though the first to make it to the first major step by being sent to the Council of Advice. The other legislative item is the Mullet Bay Parliamentary Inquiry which the MP has submitted, which is titled ‘Giving Mullet Bay Back to the People” in living up with his campaign promise. He also noted that MP Richardson, Leader of the USP, is continuing to work tirelessly on the Plastic Ban Law, which has already received advice from the Council of Advice. “USP is working very hard for the legislative goals of the country. MP Richardson plastic ban law should be with parliament soon, and the Mullet Bay Parliamentary Inquiry has been finalized to be submitted before the end of this month. USP will continue to keep the public informed about its legislative goals,” stated MP Brison.