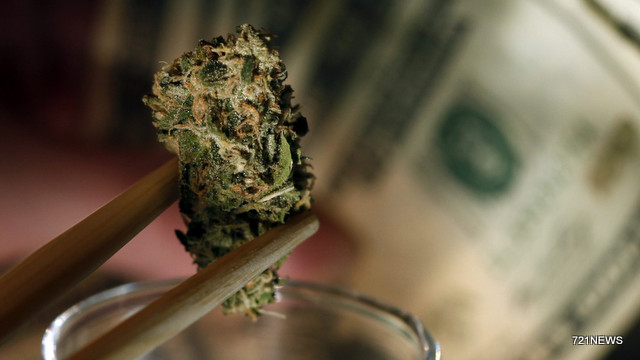 PHILIPSBURG, Sint Maarten — Honorable Member of Parliament Ardwell Irion has put forth a request for a study to be conducted to understand the benefits and economic impact of medical marijuana. The request, which was officially submitted on January 18, was addressed to the Social Economic Council (SER) via the President of Parliament, Ms. Sarah Wescott-Williams. The request details the MP’s intention to understand and determine the economic benefits that the medical marijuana industry would have for St. Maarten.

The formal proposal requests that SER focuses on the following key areas for the study namely the effects of medical marijuana on the tourism sector, the effects of medical marijuana on crime and addiction associated with cannabis specifically, the viability of a CBD (Cannabidiol) vs Cannabis as an industry and lastly the potential economic and financial benefits of a medical CBD or Cannabis industry for the government.

The MP sighted information from recent studies conducted in Jamaica, Colorado and California. Cannabis is legal in California for both medical and recreational use. In recent decades, the state has been at the forefront of efforts to reform cannabis laws, beginning in 1972 with America’s first ballot initiative attempting to legalize cannabis. Colorado has recently followed suit by legalizing the use and possession of cannabis. The two states are actively collecting extensive, progressive research into the economic effects. Much of that information has come to affirm the medical benefits of cannabis for its consumers.

In his commitment to the research, MP Irion also seeks to explore alternative economic streams for St. Maarten. As the legalization of medical cannabis grows throughout the region, for medical, as well as recreational purposes, other countries are able to tap into a new stream of revenue. The MP has conducted research prior to the request. His findings showed that most recently, Governor Bryan of the US Virgin Islands signed a bill legalizing medical marijuana for patients suffering from a range of illnesses throughout the territory. Those in the USVI suffering from chronic pain caused by afflictions such as arthritis, severe muscle spasms and cancer treatments can now have some relief.

No laws have been proposed as yet, however, MP Irion seeks further clarification and information before more steps can be taken. He has been quoted as saying, “ My own research is not enough; as an MP I’m responsible for making sure that any changes to be introduced to our society will be a benefit to everyone and are introduced in a transparent and secure way. I look forward to the results of this SER study and for what it could mean for St. Maarten’s medical and economic future.”