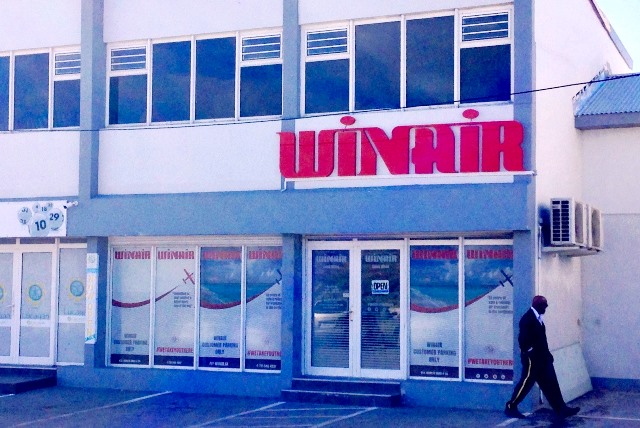 “I would like to commend the Supervisory Board, Management and Staff of Winair, for their hard work and efforts currently underway and since the passing of Irma to turn things around for our local national airline.

“Winair has accomplished a lot during these challenging times that our nation finds itself in, however, the challenges acted as a motivation to put things in place and make sound-business decisions which has allowed the national airline to expand and grow.

“Management has been closely monitoring the airline’s performance and noticed that seat inventory remained insufficient, and therefore took immediate action to meet the demands of the aviation-travelers market in order to accommodate customer needs.

“Winair’s success is also founded in its relationships developed over the decades with destination partners and stakeholders in the northern and eastern Caribbean.

“We can look forward with confidence that the Staff, Management and Supervisory Board will continue to soar and connect by bringing people together and keeping family and friends in touch with each other especially during this festive time of the year.  Hats off to Winair’s Board, Management and Staff on a job well done,” Minister Stuart Johnson said on Thursday.

Winair announced an increase in flights to Haiti as of December 1, 2018, three times a week; and also upgrading to jet service using a Boeing 737, operated by Sunrise Airlines.

The temporary jet service provides additional seat capacity of up to 133 seats per flight, serving Haiti for the holiday winter season.

Winair has also introduced additional capacity from December 1, 2018 to January 15, 2019 to Curacao four times per week using a 72-seater aircraft.  Services to Aruba three times a week have also been upgraded to the new Super ATR-72 along with a service to Bonaire one time per week.

Winair is also increasing services between Sint Maarten and the Dominican Republic to a daily basis using the Super ATR-72 and its services to Dominica will increase from four to five weekly.

The national airlines in November received its 4th Twin Otter aircraft that will increase the airlines airlift for the 2018-2019 high tourist season.

Winair expects increased demand for flights to and from its hub at the Princess Juliana International Airport.

“Winair has grown by leaps and bounds since September 2017, and its plans for expansion and growth demonstrates the determination of this little airline which assures us that Winair is on track after making a remarkable comeback,” Minister of Tourism & Economic Affairs Stuart Johnson concludes.