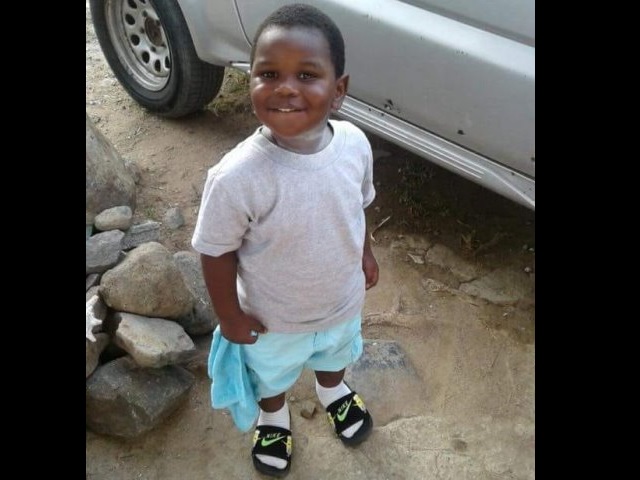 ST. PETERS/COLOMBIA – Glayvon was a happy little boy. He loved to have fun and to play with his friends. He was very helpful to his mom and grandmother. Today, instead of filling a room with his laughter and his busy footsteps, this little boy is lying on a cold slab in a mortuary in Bogota, Colombia.

The death of this four-year-old St. Maarten boy Glayvon Bartlette is blamed on ingestion of methamphetamine, an illegal drug in the same class as cocaine. How this child came into contact with crystal meth on St. Maarten is a mystery yet to be unravelled by local authorities.

His mother Latoya Bartlette was already questioned by law enforcement in Bogota, Colombia when further tests also uncovered the presence of crystal meth in Glayvon’s system. The distraught mom is grappling for answers, because her precious child was well and healthy when he was released into the care of his father’s girlfriend on Friday, August 30.

As told by the mother, the father was awoken by their older son with news that Glayvon was “trembling.” The father recognised it as a seizure, a condition Glayvon occasionally suffers from time to time. The father called the grandmother who instructed him to return Glayvon to her home. The father did as was told, but after seeing the almost lifeless state of the child, the grandmother demanded the child is taken to the hospital.

The father opted not to go to St. Maarten Medical Center (SMMC), the closest hospital to St. Peters where the grandmother lives, and headed to the one on the French side of the island.

Quite sometime later he arrived at the Louis Constant Fleming Hospital where Glayvon was sent back to the Dutch side due to being uninsured. This came after an initial check-up by the on-call physician at LCF Hospital.

“He [the father] said the last thing he heard from my little son was he wanted to talk to his mudda,” said the mother.

The mother arrived at the French side hospital in time to agree to the transfer to the Dutch side. She also preferred Glayvon to be treated on the Dutch side where his medical history with seizures were known and documented. “I don’t know why he fadda bring him on de French side because French side don’t know nuttin about him,” she said.

“When they check him now, they run tests and tings on top a him and they find crystal meth inside da him,” the mother recalled to 721 News. She questioned the medical staff at SMMC about how her child could have accessed such a substance.

Police were called in and the father was summoned to answer questions. He finally showed up with his girlfriend to speak to police after repeated phone calls.

Glayvon’s mother said she encouraged the father to tell the police all he known about what could have caused the ingestion of crystal meth. “He was like he lost. He shock. He don’t know where Glayvon get de from … he girlfriend had an attitude while Glayvon was there fightin’ fuh he life, the girlfriend was like ‘come ley me go, you need to go home now because you there from since four o’ clock in the morning.’”

Efforts were successful to airlift the uninsured Glayvon to Colombia where doctors determined he was already had brain trauma from crystal meth coursing through his system.

Doctors decided to try the jolt the body and brain of the gravely ill child with an injection. The injection was administered to no avail. “But, my child was passing away,” stated to very emotional mother.

The mother was interrogated by the Colombian police about the crystal meth entering her child’s system. That gruelling ordeal was followed by her going to the cold morgue to official identify the lifeless body of the child she borne just four short years ago.

An autopsy will be performed in Colombia before the earthly remains of Glayvon is returned to his mother for its journey back to St. Maarten for funeral and burial.

“I so lost right now because my child was joyful. He went school good. The whole week he was good in school. Everything was good and they say he had da longer in he system he woulda bin dead longer … if he had da from like school hours it wouldda start react on him. Is a strong dose. He get ova dose … he was only four year old. He was making five on de 20 a September,” said the mother who is convinced the overdose happened when her son was in the care of his father and his girlfriend. #Justice4Glayvon – #Prayer4Latoya