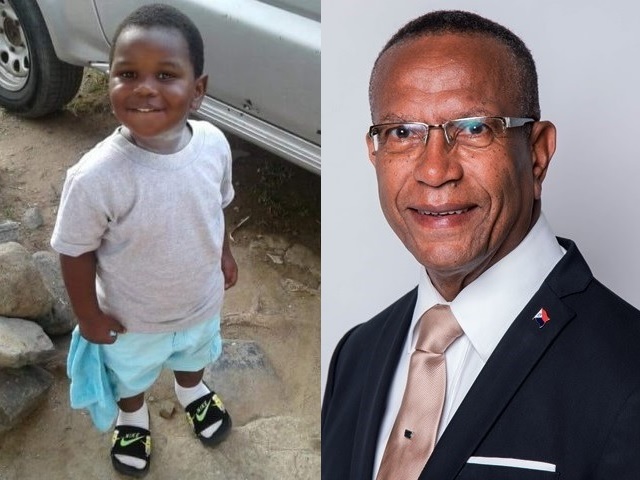 PHILIPSBURG, St. Maarten – The Council of Ministers and press observed a moment of silence on the request of Education and Youth Minister Wycliffe Smith in memory of the late Glayvon Bartlett, the four-year-old who died recently in Bogota, Colombia in a suspected case of methamphetamine ingestion.

Smith called for the moment of remembrance at the Council of Ministers Press Briefing on today, Wednesday. He expressed condolences and wishes for comfort to the little boy’s grieving family. The community, he said, should respect the family in their time of profound grief.

The minister said there is “much speculation in the media” about Glayvon’s death. He said law enforcement authorities must be given e room to do their investigations into the little boy’s death.

Glayvon is suspected to have ingested crystal meth while on St. Maarten in the care of his father and girlfriend. After tests and treatments at Louis Constant Fleming Hospital and St. Maarten Medical Center, the uninsured child was airlift to Bogota where he lost his battle against the strong illicit drug course through his small fragile body.

An autopsy will be performed in Colombia before the earthly remains of Glayvon is returned to his mother Latoya Bartlett for its journey back to St. Maarten for funeral and burial.

Bartlett told 721news on Tuesday: “I so lost right now because my child was joyful. He went school good. The whole week he was good in school. Everything was good and they say he had da longer in he system he woulda bin dead longer … if he had da from like school hours it wouldda start react on him.
Is a strong dose. He get ova dose … he was only four year old. He was making five on de 20 a September.”

Glayvon’s mother who is convinced the overdose happened when her son was in the care of his father and his girlfriend.