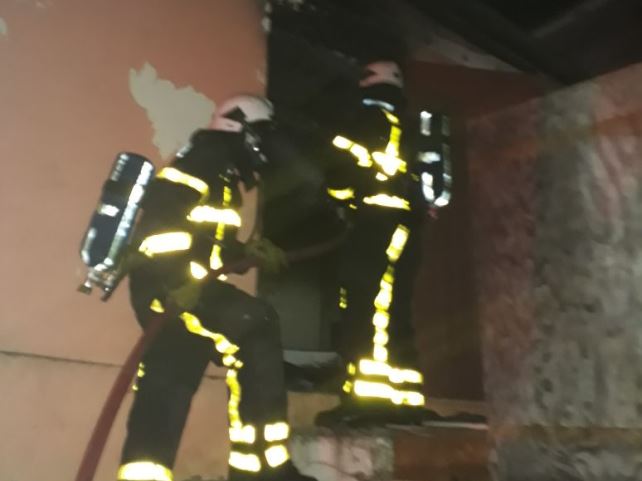 PHILIPSBURG, Sint Maarten — On Saturday July 7th during the evening hours police patrols and the Fire Department were directed to Manilla Drive in Dutch Quarter where a house was on fire.

On the scene the investigating officers realized that house number 11 was totally engulfed in flames.

The fire department immediately started with the extinguishing of the fire. The resident of that house stated that he was not at home at the time of the fire and could not give a reason what could have caused it.

He also stated that there were no other persons in the home at the time of the fire. The cause of the fire in still not known.