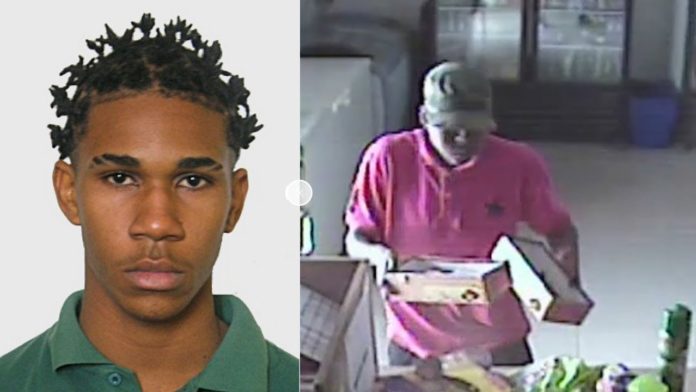 ST KITTS / CURACAO — The Public Prosecutor’s Office of the island of Curaçao (former Netherlands Antilles) requests the help of the people of St.Kitts & Nevis. The Public Prosecutor’s Office has received information from various sources that a suspect of an armed robbery and murder of a Chinese merchant on Curaçao is to believed to be on St.Kitts. His name is Quincley Emanuell Poppen, he was then 18 years old, and is now 23 years old. He speaks English, Papiamentu (native language on Curaçao) and Dutch.

The armed robbery on the Chinese supermarket Hua Jiant” on Curaçao took place on May 9, 2013. The merchant was killed at short distance in front of his wife and child and was recorded by cameras in the store. The Public Prosecutor’s Office has issued a reward of 10.000 Guilders (approx. 5.500 US Dollars) for the person that provides crucial information that leads to the arrest of Poppen.

Poppen risks a prison sentence of maximum of 18 years. This according to the criminal Code of Curaçao, article 2:291, theft with violence.

It is believed that Poppen has moved between different islands in the Caribbean. He was on St. Maarten and other nearby islands in recent months, but is now, according to sources, believed to be hiding on St.Kitts & Nevis. In view of this, it is very important to distribute photographs and the video of Poppen through the media, Facebook and other social-media in order to enable recognition the community.

I have hereby included pictures of Poppen and a link to a video in which we request the arrest of Poppen. Please share this as much as possible. Your help is needed !

Any tips about the whereabouts of Poppen can be given thru telephone number +1721-5809333. All tips are welcome.