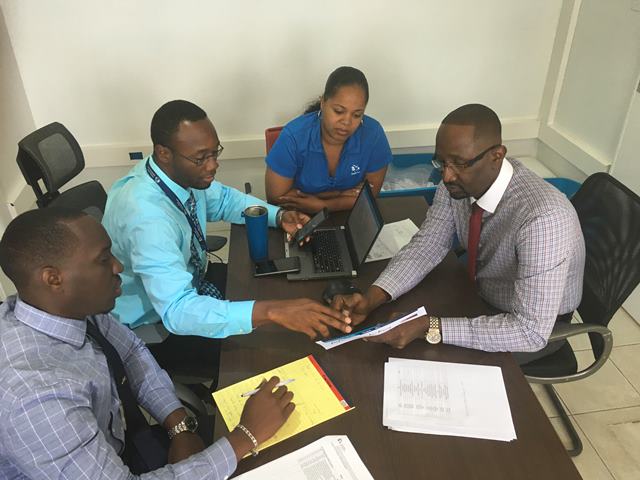 SIMPSON BAY, St. Maarten — Experts from various airports that comprise the Islands’ Airport Safety Committee (IASC) will be discussing issues related to all aspects of operational safety at aerodromes from Monday, May 21 to Friday, May 25th, at a conference hosted by the Princess Juliana International Airport, SXM. The Honorable Interim Minister of Tourism, Economic Affairs, Transport and Telecommunications, Dr. Cornelius de Weever, will officially open the conference which will attract delegations from Antigua & Barbuda, Aruba, Bonaire , Curacao, Saba and Suriname.

According to the head of the SXM delegation, Stefania Kong – Gumbs of the Quality Assurance Department, the conference was supposed to have been held in September 2017 but due to hurricane Irma it had to be cancelled.

SXM was given the opportunity to host this year’s event by the President of IASC, Mr. D. Phalai and Mr. Michel Hyman, COO, accepted on behalf of the SXM airport. At the opening session on Monday, Hyman, will provide the conference with updates and information about developments at SXM Airport following the severe damages inflicted by Irma last year. FAA expert, Kenneth Taira will give a presentation on “Safety in Airport Design” while another FAA colleague, Mr. Mahendra Raghubeer will follow with a presentation on “Safely in Airport Operations”.

The packed schedule which includes a meet and greet at the beginning, conference meetings, audits, and a closing party on Friday, has been designed to offer participants an opportunity to engage in interactive sessions, while they would also be able to see for themselves how the island, and particularly SXM airport, continue to recover from the devastation of last September storms.

“Aviation safety is at the core of SXM Airport’s fundamental objectives. SXM Airport is constantly striving, in close collaboration with partnering airports and the entire air transport community, to further improve aviation’s successful safety performance while maintaining a high level of capacity and efficiency. We are indeed happy to be able to host the Conference this year, in spite of all the challenges of rebuilding our airport and island after the unprecedented damages suffered at the hands of Irma and Maria last year,” said Hyman.

“We hope all participants will be able to experience first-hand the resilience that we are known for, and the friendliness that is our trademark,” he added.