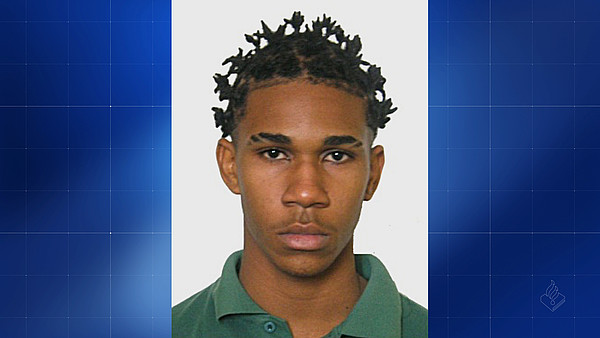 WILLEMSTAD, DORDRECHT – One of the two suspects of the deadly robbery in May 2013 at the Chinese mini-market Hua Jiant on the Caracasbaaiweg in Willemstad was arrested in Dordrecht. It is a 26-year-old Curaçaoan who was the henchman of the suspected shooter Quincley Poppen, who is still at large.

In the Dutch television program Opsporing Verzocht, a few weeks ago attention was paid to the robbery in which the 42-year-old supermarket owner was shot dead in front of his wife. The suspects took some small cash and a few phone cards. On the basis of surveillance footage, one of the robbers was recognized, including by his family, as the 18-year-old Poppen. Before the police could arrest him, he was able to escape via Sint Maarten to Saint Kitts where they lost track of him. The police believes that he is in the Netherlands. It is not excluded that he has adopted a different identity.

Poppen was placed on the National Most Wanted List. For the tip that leads to the solution of the case, a reward of ten thousand Antillean guilders has been awarded. Tuesday night, the arrest of his suspected henchman was announced in Opsporing Verzocht.