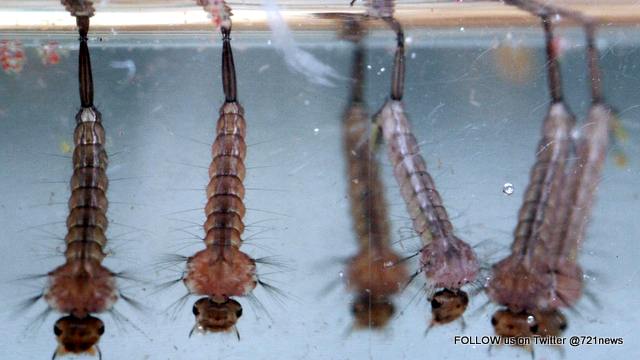 GREAT BAY, Sint Maarten (DCOMM) – The Pan American Health Organization (PAHO) reported in a recent epidemiological report about malaria in the Americas, PAHO takes note that following a continued decrease in the number of malaria cases from 2005 to 2014 in the Region of the Americas.

Malaria is caused by the parasite Plasmodium, which is transmitted by the bite of an infected mosquito from Anopheles genus.

An increase in cases was observed in 2015, 2016, and most recently in 2017.  In 2016, nine countries in the Region (Colombia, Ecuador, El Salvador, Guyana, Haiti, Honduras, Nicaragua, Panama, and Venezuela) reported an increase in malaria cases.

In 2017, five countries reported an increase in malaria cases: Brazil, Ecuador, Mexico, Nicaragua, and Venezuela. In addition, Cuba and Costa Rica reported indigenous cases and Honduras reported malaria cases in an area where cases had not been detected recently.

Although PAHO Member States made efforts in response to PAHO/World Health Organization’s (WHO’s) alert at the beginning of 2017, the increase in cases during 2017 indicates the persistence of the constraints and gaps in the response.

For this reason, PAHO/WHO urges the strengthening of actions for surveillance and control of malaria, especially measures related to the early detection of cases, the timely diagnosis, and the immediate initiation of treatment.

The main intervention to control malaria is to shorten the time period between the onset of symptoms, the treatment of the case, and its investigation and response.

PAHO / WHO recommends that in endemic areas, health care services intensify surveillance by improving the coverage of case diagnosis in health centres and providing diagnosis and complete treatment with antimalarials much closer to the communities at risk.

In endemic areas with active transmission, periodic analysis of the data should allow the identification of clusters of cases and populations at risk to direct active case detection and improve the timeliness of diagnosis and treatment.

The countries of Central America, Hispaniola or malaria free Caribbean- territories should consider the risk of the importation of chloroquine resistant P. falciparum strains from endemic areas in South America and other continents.

The Collective Prevention Services (CPS), a department in the Ministry of Public Health, Social Development and Labour (Ministry VSA), will continue to monitor developments related to malaria and have its surveillance mechanism monitor for any potential imported cases.

The symptoms of malaria are: fever, headache, vomiting and chills– they usually appear 10–15 days after the infected mosquito bite.

Malaria is preventable and curable. It is recommended to reduce the risk of exposure to mosquito bite in endemic communities; the use of insecticide-treats nets and spraying inside the house with a residual insecticide is recommended.

Persons traveling to countries with malaria is present should take preventive measures.  Those returning to Sint Maarten experiencing symptoms should immediately consult their family physician.

The community is reminded to take measures to prevent mosquito’s (Aedes Agypti mosquito common in the Caribbean Region) from breeding by eliminating areas that contain water especially after rain showers.

Members of the community and visitors are advised to wear light colored clothing at dusk; long sleeve shirts and pants; and use mosquito repellent to prevent being bitten by a mosquito that could possibly be carrying a mosquito borne disease.