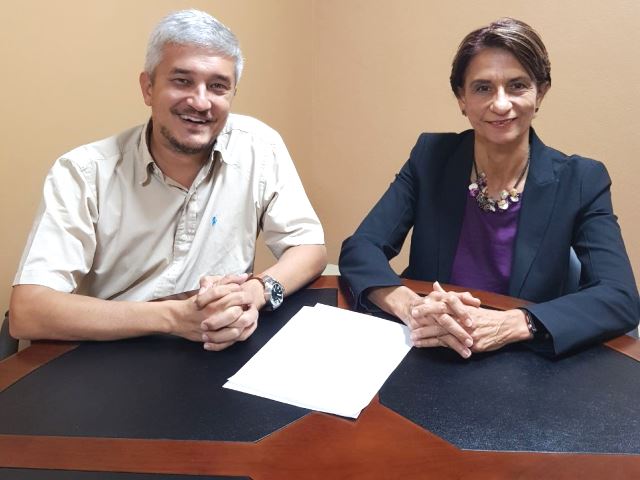 Philipsburg– Leaders of the United People’s Party (UP) and the Democratic Party (DP) have unified under one banner and founded the United Democrats, a powerhouse political movement formed to take St. Maarten through the critical reconstruction phase the island faces in 2018.
The newly formed party, United Democrats is the historical joining of UP Honorable Member of Parliament Theodore Heyliger and DP Honorable President of Parliament Sarah Wescot-Williams.
“If we take a look at the unaddressed realities since the passage of Hurricane Irma, of our crippled economy and our people desperately needing leadership and hope, all lead to the coming together of the United Democrats.”
Leading the United Democrats will be MP Theodore Heyliger, with MP Sarah Wescot-Williams as the number two candidate.
St. Maarten is calling for stability especially in Government and the United Democrats presents a full slate of capable individuals ready to serve.
“We are calling on all UP and DP supporters along with the entire community to come out and support the submission of our joint United Democrats slate,” remarked UD President Stuart Johnson.
Johnson added, “we will be gathering at the late Dr. A.C. Wathey statue at 2:30 pm on Friday. Lets stand united for St. Maarten and its future.”