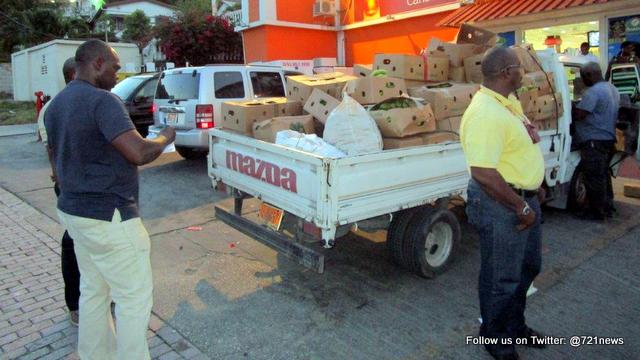 GREAT BAY, Sint Maarten (DCOMM) – On November 14, 2017, Minister of TEATT Melissa-Arrindell Doncher via press release detailed her three-part vision to revamp and enhance the cruise visitor experience in Philipsburg while giving St. Maarten’s capitol a much needed face-lift which in turn enhances the tourism product.

Part of this vision entailed relocating, re-organization and improving of the aesthetics of the Philipsburg vendors’ market which was damaged due to the passing of hurricanes Irma and Maria.

Alternate locations to place the vendors were identified which are in the vicinity of Walter Plantz Square and Passanggrahan Hotel. The first phase of the project has been finalized and some of the vendors will be moved to the new locations before Monday, December 4, 2017, which is the first scheduled visit of a cruise ship.

The remaining vendors will remain in the original location until the second phase has been finalized. All vendors and their registered helper (only one is permitted) should have their permit and valid government identification on their person at all times while engaging in vending.

Controls will be carried out routinely by the Inspectorate of TEATT to come to ensure law and order is maintained.