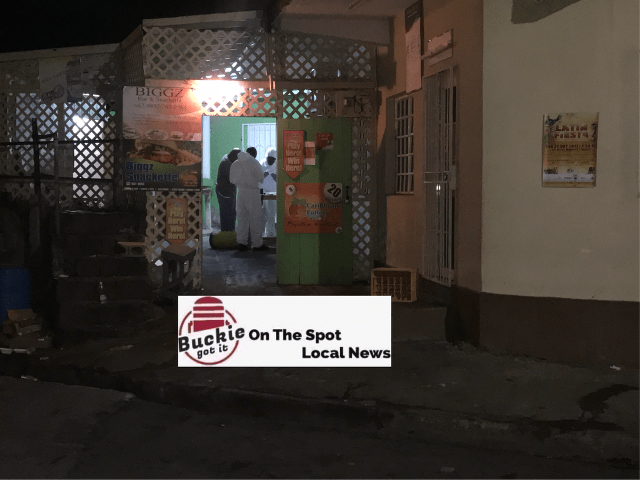 BASSETERRE, ST. KITTS, – One man is dead and another injured in an early morning shooting at a nightclub in Old Road.

Dead is West Farm resident, David Wilkinson, alias Putty said to be in his mid-40’s.

According to reports, the men were at Biggs Bar when three armed and masked bandits entered the nightspot. At least five shots were fired. Wilkinson died on the sport.

His body was removed by a funeral home after police concluded their initial investigation and the district coroner gave permission for the body to be removed from the scene.