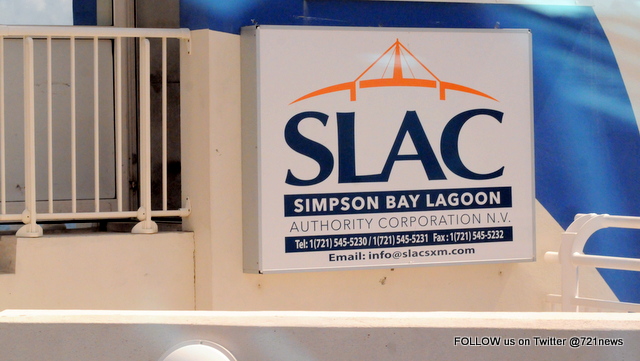 SIMPSON BAY – The Simpson Bay Lagoon Authority (SLAC) announces that the Simpson Bay Causeway Bridge will be temporarily closed due to emergency repairs to motorized traffic on Tuesday, October 17 between 12.00PM and 2.00PM.  The temporary closure has been discussed with the relevant authorities.

Persons traveling to the Princess Juliana International Airport (SXM Airport) to travel during the aforementioned timeframe should leave or arrive earlier at the airport in order to avoid any potential inconvenience.

The emergency repair closure is in connection with carrying out an operational assessment of the Causeway swing bridge.  This could take approximately 30 minutes or more, and in order to avoid any inconvenience to motorists, it was decided to close the two entrances to the Causeway Bridge from the Airport Road round-about- and at the Cole Bay round-a-bout during the aforementioned timeframe.

Engineers arrived on the island over the weekend to carry out assessments related to the Causeway Bridge.  The swing bridge which falls under the Lagoon Authority has been closed to marine traffic since the passing of Hurricane Irma on September 6.

The Swing Bridge on the Causeway is 220 feet long and weighs 450 tons.  The Causeway has a total length of 2493 feet and features a two-lane motorway, a bicycle track, footpaths and two round-a-bouts at the Airport Road near the end of the runway and at Union Road near the border.