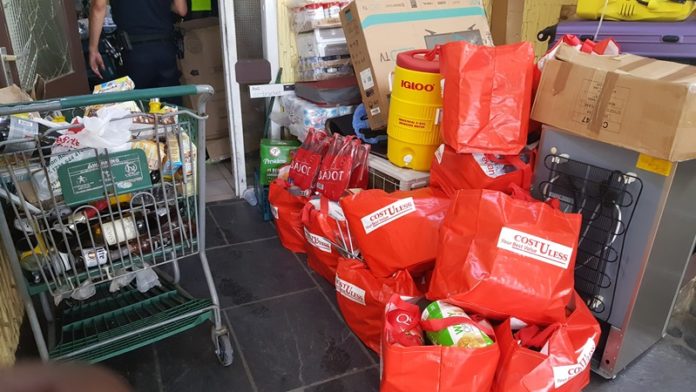 CAYHILL, Sint Maarten — 8 Persons were arrested on Wednesday October 4th during at least seven house searches at different locations on the Dutch side of the island that were executed by members of KPSM assisted by the police forces from Curacao and the Netherlands, the Royal Marechaussee, VKC, VKS and Customs Department.

During these searches three fire-arms, illegal drugs and a large amount of electrical equipment and food stuff were found and confiscated. All 8 suspects remain in custody for further investigation.