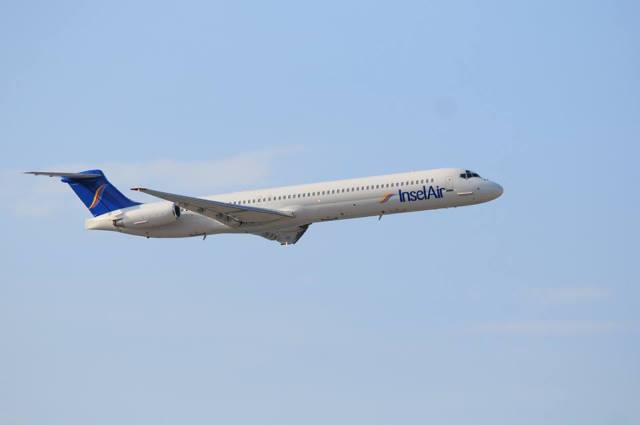 HATO, Curacao — On Wednesday October 11th, 2017 InselAir in close cooperation with the Civil Aviation Authorities, has met all of the regulatory requirements for the certification of the MD aircraft (MDI). The final acceptance flight performed on Wednesday was successful.

For the last several months InselAir has been operating between the ABC island and Sint Maarten with a Fokker 50 aircraft, which is referred to as “Basic” scenario. The addition of the MD to the fleet is an important first step towards the “Basic Plus” scenario and will further fortify the financial stability following a major internal reorganization.

With this scenario, the customers will see the return of InselAir to former destinations, which will be performed gradually following financial arrangements with the neighbouring countries. InselAir will continue its plan to move towards the “Optimum” scenario in which the number of destinations will be further expanded as well as the connectivity within the region.

InselAir wants to express its gratitude to the Civil Aviation Authorities and all InselAir employees that were involved in the extensive process of bringing the MD back into operation and we are excited by the return of our offering of jet services to our customers.