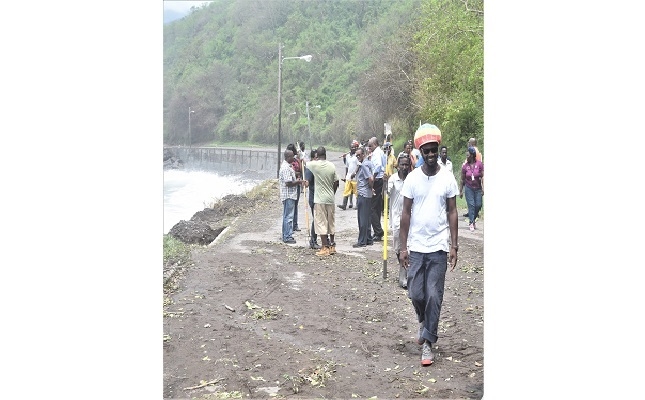 Basseterre, St. Kitts, October 19th 2017 – Essential service employees are upset that Prime Minister and Minister of Finance, Dr. the Hon. Timothy Harris has reneged on his promise to reward them for tasks performed during the passage of hurricanes Irma and Maria.

They claim that the monies promised were not included in their normal salaries and wages paid Thursday for the month of October.

“The security forces are fed up. We have been promised money by Mr. Timothy Harris for the hurricanes and today is payday and police have not seen the promised reward in their salaries today, pay day,” said an individual.

“Dr. Harris has not fulfilled his promise. People have things to do and when he promises things like that, people are looking for it.”

“We want we money. Police officers are disgusted that Mr. Harris promised them money for working during the hurricanes and nothing has been put in place.”

In an address to the nation on September 23rd and a press conference on October 3rd Dr. Harris said all essential service employees including police, defence force officers, fire and rescue officers, medical and health personnel at all institutions including the hospitals and The Cardin Home who remained on the job from Monday through Wednesday to ensure that the sick, elderly and indigent citizens received the humanitarian care they so consistently need and who went beyond the call of duty, will receive a monetary reward from the government for their tasks performed during the passage of hurricanes Irma and Maria.