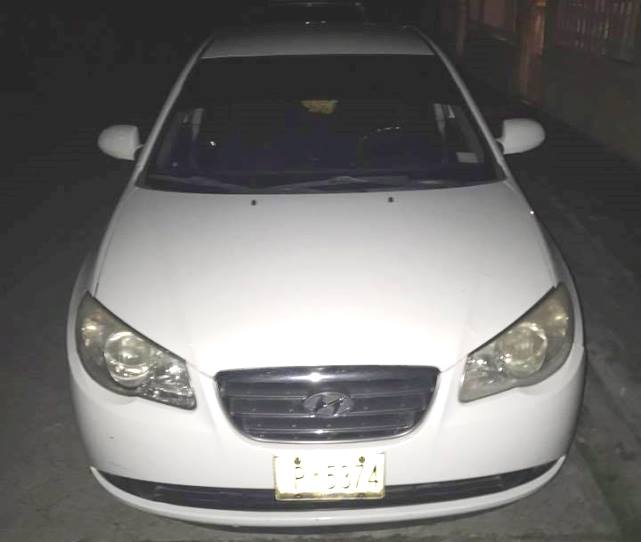 PHILIPSBURG, Sint Maarten — In the early morning hours, on Tuesday August 15th, two men were caught in the act while stealing tires from a car parked on Lettuce Road in South Reward. The patrol arrived on the scene and the two young men attempted to avoid being caught by running away and hiding in vehicle belonging to one of the suspects and which was parked close by.