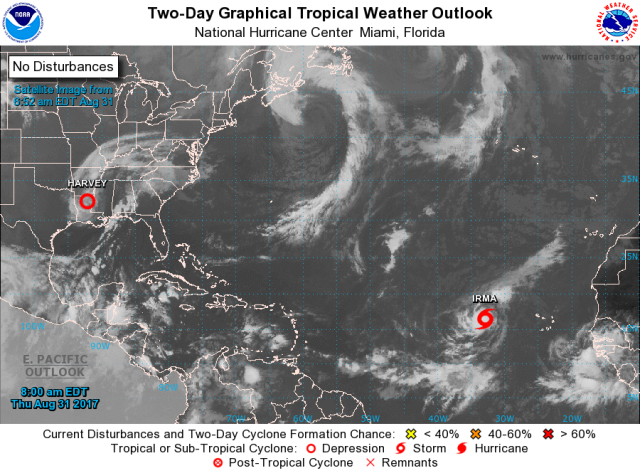 Tropical Storm Irma is close to hurricane strength this morning. Maximum sustained winds have increased to near 70 mph (110 km/h) with higher gusts. Additional strengthening is forecast, and Irma is likely to become a hurricane later today and possibly a major hurricane later this weekend.

Irma is centered over the far eastern tropical Atlantic Ocean as of 5 a.m. AST/EDT about 590 miles (950 km) west of the Cabo Verde Islands. A west-northwestward motion is expected today and tonight, followed by a generally westward motion on Friday. Irma is not an immediate threat to land.

Get the latest on Irma on the NHC website
at www.nhc.noaa.gov/#Irma