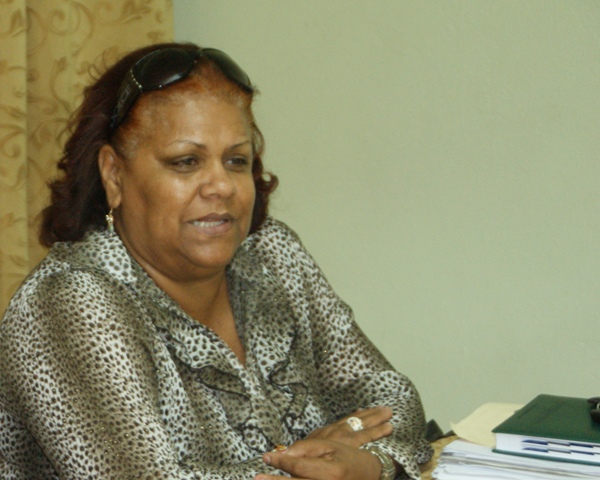 MADAME ESTATE – The Windward Islands Teachers Union (WITU) held a press conference, via phone, with the different media outlets, at their office in Madame Estate, on Thursday, July 27, after another failed attempt to meet with Minister of Education Silveria Jacobs.

According to WITU President Claire Elshot-Aventurin, the purpose of the press conference was to inform members about the ongoing issues they come to the union with, and let them know how talks with the Education Minister were progressing.

Initially, WITU first requested a meeting with Minister Jacobs on June 16. When that meeting could not be held, they penned another letter dated July 17, asking to meet with the Minister again on Wednesday, July 27 at 10:00am. The request came with agenda points, which the union wanted to discuss and receive clarity on from the Minister.

Some of the agenda points included: An Advisory Committee structure for Public Education.

“It is WITU’s intention to seek clarity on this Committee since the presentation as stated in our correspondence was never presented to the G.O.A. “

The WITU President noted that WITU has not met with the Minister of Education since her new term in Government began. In fact, WITU was never invited to any such meetings with the Minister in quite some time. Elshot mentioned that WITU is always seeking to hold social dialogues, no matter who is Minister, and strongly feels that WITU is being left out of these important discussions, which directly affect the union’s membership.

Although, another meeting with the Minister is under discussion, Elshot stated that there is a possibility she may have to call a general membership meeting on Sunday, August 13, to inform WITU’s members of what’s been taking place, how that will affect them, and also in that meeting the membership would decide what would take place on Monday, August 14, which is the first day of school.

Elshot made it clear that WITU will follow its membership’s mandate on what could possibly happen on August 14.