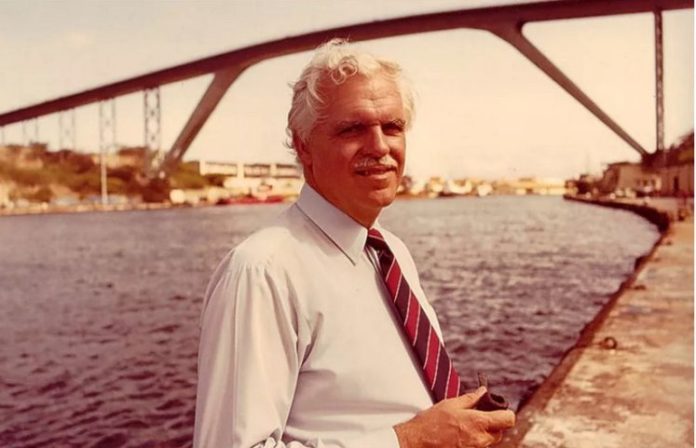 COLE BAY — Co-founder and President of The Daily Herald Roger F. Snow passed away peacefully at home at the age of 82 on Saturday afternoon, after a long battle with Parkinson Disease and the effects of a stroke he had suffered earlier.

Roger and his spouse Mary Hellmund came to St. Maarten from Curacao in the mid eighties to set up the Chronicle newspaper. In 1991 they left the company and started the weekly Caribbean Herald, which in 1994 became The Daily Herald.

Before that Roger had been a Reverend at the Protestant Church in Curaçao, where he got involved in media through his Foundation Graphic Communication with a focus on promoting youngsters getting into journalism. He founded the Antillen Review bi-monthly English-language magazine there and was appointed Director of the Amigoe newspaper by a group of investors who took the Dutch-language publication over from the Diocese of Willemstad.

The latter led to his move to St. Maarten, where he also helped organize various trainings and workshops for journalists, while he was instrumental in creating Teen Times, a monthly supplement for and by the youth.

Roger was a social and well-liked man always ready to listen to and assist others, as witnessed by his longtime membership of the St. Maarten Rotary Club.

He leaves behind a legacy of compassion, dedication and excellence that will not easily be forgotten by all who knew him or were touched by his work.

His family, friends and everyone at The Daily Herald will miss him dearly.