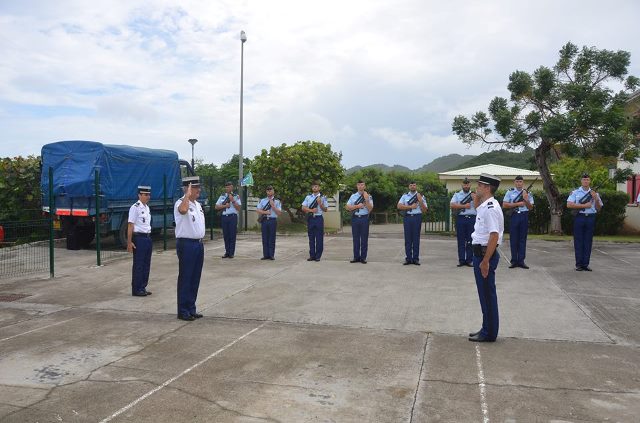 The visit was somewhat disrupted by the weather, but allowed the head to meet staff of the various services of the company and its reinforcements like: operational support, logistical support services, Secretariat.

A pinning ceremony was organized, where eight military officers were decorated and congratulated:

Squadron leader Sébastien Manzoni was honoured for “his outstanding way of ordering his forces on the ground on March 29, 2017 when he arrested a villain, having done some mischief.”

On his second day, Colonel Jean-Marc Descoux met with President Gibbs at the community hotel in Marigot.

The 2-day visit was intense, but positive, and made it was possible to draw up a semi-annual report.