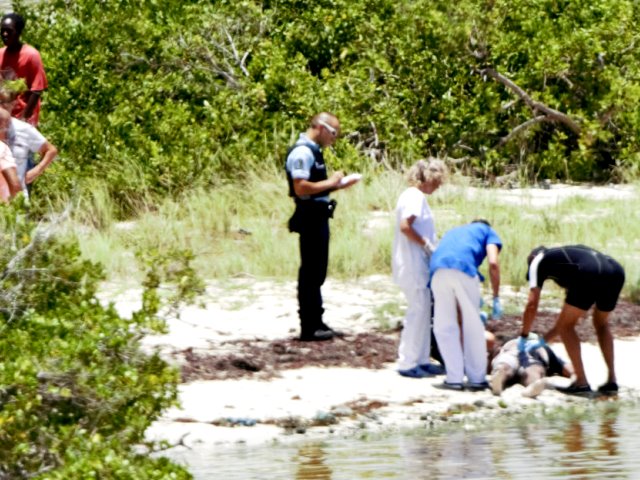 OYSTER POND, French Saint Martin – At 12:25pm on Wednesday, July 26, hikers near the Whale Watch Observatory in Oyster Pond on the French side reported to Gendarmes the presence of a body that was partially submerged in the water, some 50m from the edge. 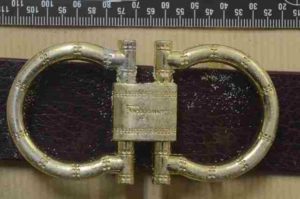 This lifeless, but recently deceased body, was of a man about 35 years old, 1.80m and of Latino ethnicity. His head was about 80cm in the water. He was pulled out by Gendarmes, who found that he was wearing Bermuda shorts with a distinctive belt buckle (see photos, which can be used in the identification of the body, as part of a call to witnesses).

The deceased was wearing T-shoes and had no identifying documents, or phone, or car keys on him.

In addition, a new white and red basket was found on the bank, however, the connection to the corpse cannot be ascertained at the moment. 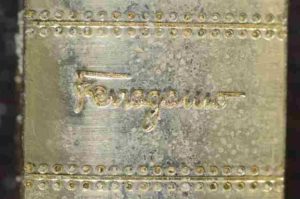 A forensic examination will be followed by an autopsy, which will be conducted in the afternoon.

The Gendarmerie brigade of Quartier d’Orléans is busy investigating the cause of the death, and are busy examining the area.

Any useful testimony can be made by calling the Gendarmerie at the emergency French number 17.

Any missing persons can also be reported, in order to identify the deceased. 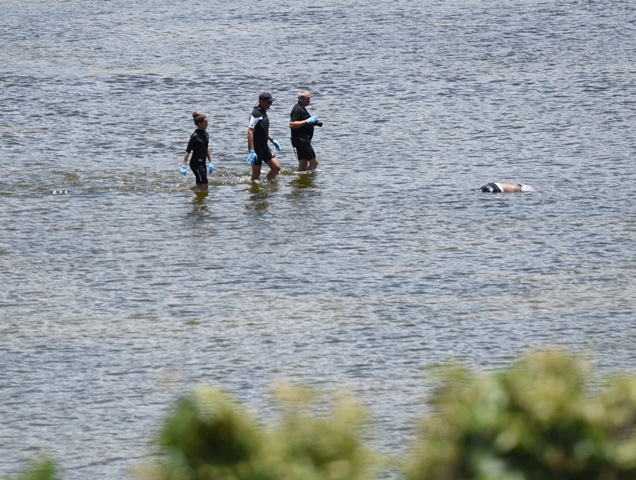 OYSTERPOND, FRENCH Saint Martin — A lifeless body has been found in the shallow sea waters in the area of French Oyster Pond. Apparently the body was seen floating in the water and has been brought to shore by the gendarmes, and is being looked at by the forensics.

It is not yet known if it is a drowning or a homicide. More details will be forthcoming as they are made known. 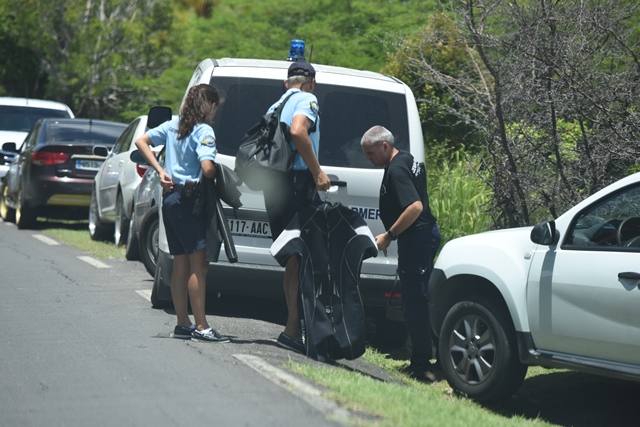