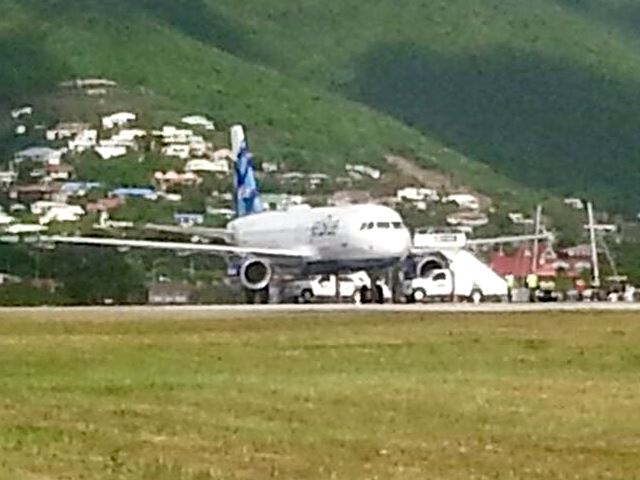 Just after 2 pm today, the Central Dispatch in Philipsburg received notice of a bomb threat on a JetBlue flight, according to Police Spokesman Ricardo Hanson.
Emergency personnel were immediately dispatched to the airport, where the local authorities, who were leading the search and investigation, were assisted by representatives of PJIAE.
In the interest of the safety and security of all involved, the aircraft was isolated at the eastern part of the airport near the Causeway roundabout.
Onboard searches of the aircraft were conducted by the local search team and completed a few minutes ago. The aircraft has since been released by the authorities and activities at SXM Airport have resumed normal operation.

GREAT BAY, Sint Maarten (DCOMM) – The authorities have given the all clear, and Princess Juliana International Airport (SXM Airport) is now open.

Temporarily closed roads leading to the airport from Simpson Bay Causeway round-a-bout and from the Maho round-a-bout were re-opened between 4.00pm/4.30pm.

According to Police Spokesperson Inspector Ricardo Henson, the Emergency Police Dispatch Center received a call after 2.00pm about a bomb threat regarding a JetBlue flight at the airport.

The Emergency Services responded to the threat and dispatched Police, Fire and Ambulances to the SXM Airport where bomb threat protocols were executed.

After the aforementioned services carried out their bomb threat protocol response, the all clear sign was given by local authorities.

Authorities are continuing with their investigation with respect to the bomb threat that was made on Saturday. 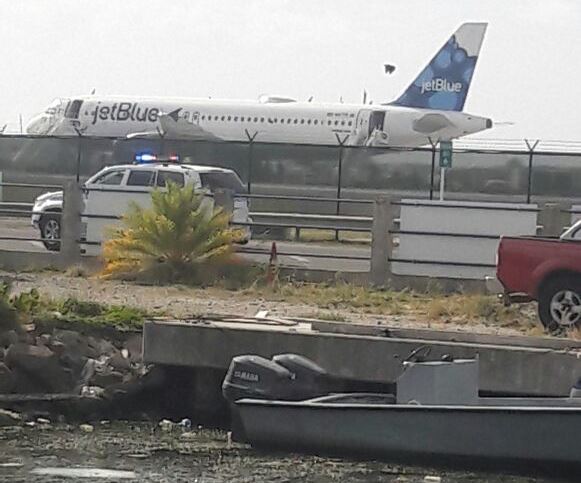 GREAT BAY, Sint Maarten (DCOMM) – Roads leading to the Princess Juliana International Airport (SXM Airport) remain closed at this point in time at the Simpson Bay Causeway round-a-bout and from the Maho round-a-bout in connection with a bomb threat at SXM Airport related to a JetBlue flight.  The bomb threat was received by authorities around 2.00PM.

Motorists are requested to avoid traveling to SXM Airport at this point in time.  Police check-points have been established at both round-a-bouts.

Persons traveling today will have to check with their airline with respect to when they should travel to the airport in connection with their flight.

Information provided here was from the Police spokesperson and sent via DCOMM.