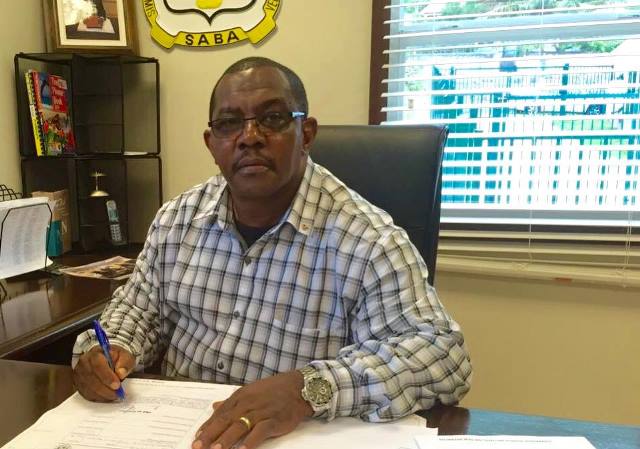 THE BOTTOM, Saba – Commissioner of Social Affairs Rolando Wilson, in a press release, commented on the recent reduction of pension benefits.

“It is my duty to make a statement on the recent developments regarding the 3.5% reduction of pension benefits by the PCN. This reduction and the expected 12% reduction by 2018, will have immediate consequences for pensioners, who as civil servants were guaranteed a secured pension when they retired. Now, this pension is no longer secure and this is unacceptable,” Wilson said in the release.

“For civil servants currently paying into this pension scheme, there is now no promise of pension security, but the promise of future pension benefit reductions. As Commissioner, I work to improve the social benefits for the people of Saba, and I call on Minister Plasterk and State Secretary Klijnsma to reconsider their decision to allow these reductions to go into effect. We cannot continue to promise a fair standard of living and at the same time rob pensioners and future pensioners of what they are entitled to,” he continued.

“It is the responsibility of the Dutch Government to reassess this situation and look for alternative measures to correct what they failed to do in 2010, which was to ensure that the pensioners would not fall victim to the constitutional restructuring – as was promised to them.

On a political, party and human level I will continue to lobby and fight for the interests and well being of my Saba people,” Wilson’s press release concluded.