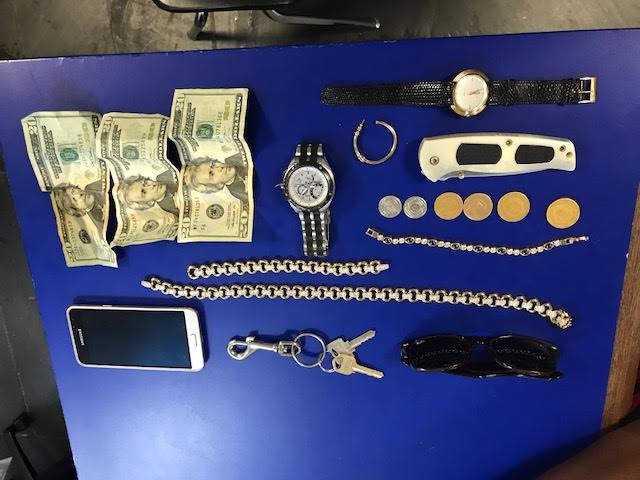 BEACON HILL – On Monday, April 10, at 7:30pm, an urgent call came in to the Emergency Dispatch from the ADT security company, informing of an invasion that was in progress at a home in the Beacon Hill area, and that the suspects had fled the scene on foot.

Immediately, police patrols were sent to the scene to investigate what had taken place. While controlling the area, patrols saw two men who fit the description of the suspects, who had committed the home invasion shortly before. These men were also in possession of a back pack.

These men were immediately checked and asked to identify themselves. The back-pack was also checked and various items that were stolen from the home before were found.

During questioning, the suspects confessed to committing the act. The men, with initials A.K.P. B. (34) and J.P.T.B. (35), were arrested on the spot and taken to the Philipsburg Police Station where they are being held for further investigation.

The back-pack containing the stolen items was also confiscated for further investigation.