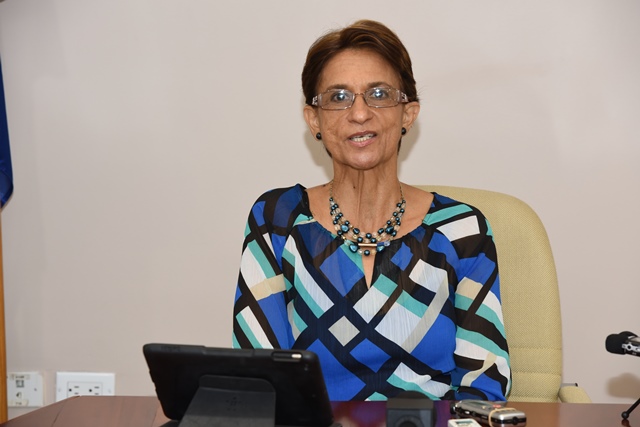 PHILIPSBURG – President of Parliament Sarah Wescot-Williams has decided to hold public consultations every other week on Wednesdays, starting on Wednesday, April 12, between 10:00am and 1:00pm.

While this consultation will take place at the Parliament building to begin with, the President has announced that it is her intention to also visit different locations and visit with different groups when and where such is more feasible.

“I am daily accessible at my office, except of course when in meetings etc., however, I want to encourage citizens to use their elected representatives for the purpose we were elected,” she said.

Often times, the Parliament is copied in correspondence between citizens and government. This, however, will not evoke any formal action from parliament.

Different, however, is when a citizen(s) petitions parliament to act upon a matter where the one(s) concerned feel government has not properly acted in the execution of its task. When this petitioning is done in conformity with the rules that govern a petition to parliament, the latter (parliament) must “investigate” and respond.

“I want to stimulate and encourage this process and also assist those who want to channel a petition via parliament, but are not sure if or how to go about such,” Wescot-Williams continued.

Elaborating on this right of petition to bring a government’s deed or lack thereof to parliament has led some to ask how this relates to the task of the Ombudsman. One big difference here is the hierarchy. The Ombudsman investigates complaints against the governing body and its agencies, with the minister or ministers being ultimately responsible to react. The Ombudsman’s goal is to assist the petitioner with a solution to his/her complaint.

Parliament, upon receipt of a petition, duly registered as such, investigates how government executes a duty it has. The petitioner(s) must have a vested interest in this, and it must regard a general responsibility of government.

Question: Why go through parliament, when the citizen can approach government directly? What if government turns a deaf ear and it is not a case for the Court or the Ombudsman?

A hypothetical example of a matter for a petition to parliament:

Government is responsible for education and has a policy of providing school bus transportation. Government decides as part of that policy that all children must be at determined locations at 5 am, no later. The busses come at 6 am. Parents with their hearts in their mouths leave their kids, but feel the government is not executing its job rightfully in this case. They petition parliament to investigate and come to a conclusion about this matter. And thus the investigation begins with ministerial responsibility to parliament as the bedrock of this accountability.

“This is the very awareness I wish to generate with my ‘day for the citizens,’” she concluded.