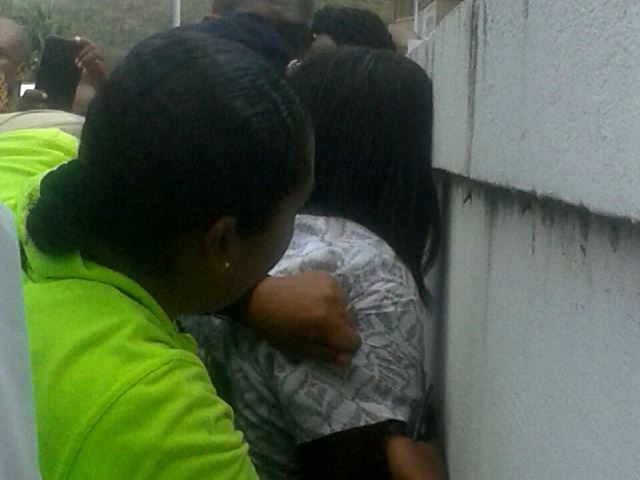 Police report: PHILIPSBURG, Sint Maarten — On Wednesday March 29th at approximately 09.50 a.m. a police patrol saw SUV driving on the A. Th. Illidge road with outdated license plates. The patrol followed this vehicle and directed the female driver to stop the vehicle on several occasions but she refused to.  She continued driving with the intention to get away from the police. Close to the intersection at the Prince Bernard Bridge she blocked by the patrol at which time she was forced to stop.

At the time the patrol did not know the identity of the female driver.  After the driver was removed from the vehicle she continued to resist the patrol. This is when the patrol was informed by onlookers and by-stander that the person in question was a doctor with initials A.A. and that she is suffering from mental illness.