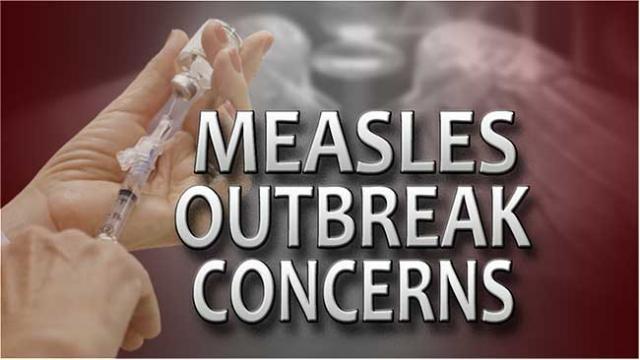 GREAT BAY, Sint Maarten (DCOMM) – Collective Prevention Services (CPS), a department of the Ministry of Public Health, Social Development and Labour, says the World Health Organization (WHO) pointed out this week that the current measles outbreak across Europe threatens the progress towards eliminating the virus.

Over 500 measles cases were reported for January 2017 in the WHO European Region. Measles continues to spread within and among European countries, with the potential to cause large outbreaks wherever immunization coverage has dropped below the necessary threshold of 95%.

Two-thirds of the European Region’s 53 countries have interrupted endemic transmission of measles; however, 14 remain endemic, according to the Regional Verification Commission for Measles and Rubella Elimination (RVC).

559 measles cases were reported in the Region for January 2017. Of these, 474 cases were reported in 7 of the 14 endemic countries (France, Germany, Italy, Poland, Romania, Switzerland and Ukraine). Preliminary information for February indicates that the number of new infections is sharply rising. In all of these countries, estimated national immunization coverage with the second dose of measles-containing vaccine is less than the 95% threshold.

The largest current measles outbreaks in Europe are taking place in Romania and Italy.

Romania has reported over 3400 cases and 17 deaths since January 2016 (as of 10 March 2017). The majority of cases are concentrated in areas where immunization coverage is especially low.

According to reported data, the three measles genotypes circulating in Romania since January 2016 were not spreading in the country before, but were reported in several other European countries and elsewhere in 2015. Comprehensive laboratory and epidemiological data are needed before the origin of infection and routes of transmission can be concluded.

Italy has seen a sharp rise in cases in the first weeks of 2017. With 238 cases reported so far for January 2017 and preliminary information indicating at least as many cases for February, the total number of cases reported for 2016 (approximately 850) may soon be surpassed.

Measles is a highly contagious virus that can cause potentially serious illness. As measles remains endemic in most parts of the world, it can spread to any country, including those that have eliminated the disease.

Every un- or under-immunized person regardless of age is therefore at risk of contracting the disease; this is especially true in those countries where persistently low immunization rates increase the risk of a large outbreak with possible tragic consequences.

National authorities should maximize their efforts to achieve and/or sustain at least 95% coverage with two doses of measles-containing vaccine to prevent circulation in the event of an importation.

The WHO Regional Office for Europe is working closely with the national health authorities of countries at risk and in the midst of large measles outbreaks to plan and implement appropriate response measures.

These include enhancing surveillance and identifying and immunizing those at heightened risk of infection, especially susceptible persons who may be or come in contact with infected persons, as well as engaging communities to encourage vaccination for all those who need it.

Travelers who are not up to date on their vaccinations are at higher risk of contracting measles when in close contact with travelers from countries where the viruses still circulate.

The Region of the Americas is the first in the world to have eliminated measles.  The achievement culminates a 22-year effort involving mass vaccination against measles, mumps, and rubella throughout the Americas.

Measles is the fifth vaccine-preventable disease to be eliminated from the Americas, after the regional eradication of smallpox in 1971, poliomyelitis in 1994, and rubella and congenital rubella syndrome in 2015.

CPS advises guardians and parents to check their children’s vaccination status to see whether they are up to date, adding that it is important to keep the Americas Region measles-free.

If persons decide to travel, they should also check their vaccination status and to make use of every opportunity to get vaccinated according to the schedule.  If you need additional information call CPS at 542-3003 or 2078.

The majority of people who get measles are unvaccinated.