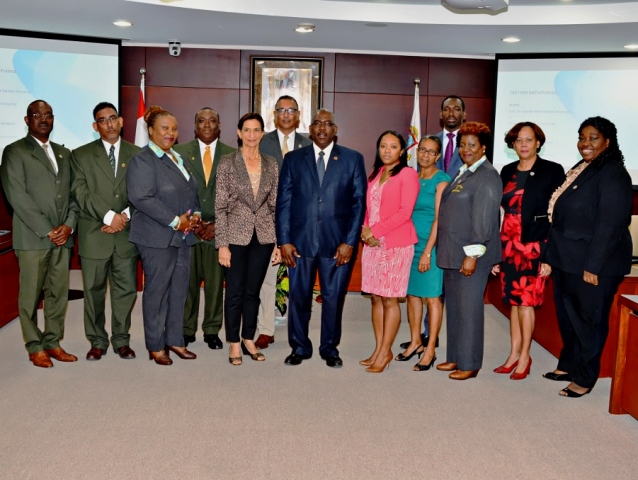 PHILIPSBURG, Sint Maarten – On Friday, March 3, 2017 the civil servants of the secretariat of Parliament took an oath or pledge of office before the President of Parliament, MP Sarah Wescot Williams, during Parliament’s first ever oath and pledge ceremony for its staff members. Also in attendance for this occasion were Vice President MP drs. Rodolphe Samuel and MP Perry Geerlings.

With the dismantling of the former Netherlands Antilles and the birth of Country Sint Maarten on October 10, 2010, the new institution of Parliament came into being. This new institution was new and had to be set up from scratch. This growth process has been ongoing for 7 years with tangible milestones and accomplishments.

Part of this growth process was also the acquisition of staff. The secretariat started off with a small staff of 3 to 4 persons back in 2010/ 2011 and has grown to a secretariat consisting of 12 persons. While some of the staff that came from the Government apparatus had taken the oath or pledge in the past, they had to do it once more based on article 43 of the LMA which requires such.

The taking of the oath of office or pledge emphasizes that the position of civil servant within the secretariat of the Parliament of Sint Maarten is a position of honor and integrity. The oath or pledge serves as constant guidance for these civil servants in their daily functioning.