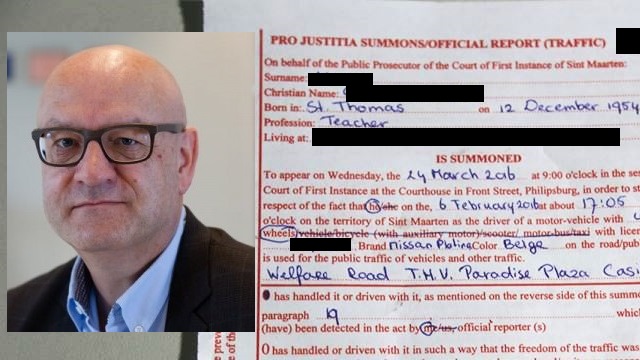 OVER THE BANK – The Prosecutor’s Office (OM) St. Maarten made traffic safety a priority in 2016 and processed a total of 5,318 fines for traffic violations and violations at sea.

The other transactions were not brought in front of the judge because they were paid by the offenders before the hearing date.

The top 5 offenses for which fines have been issued are:

Also in 2017, KPSM will be collaborating with the Prosecutor’s Office to ensure more road safety.

So more traffic controls will be carried out with an emphasis on:

– Driving without a license;

– Compliance of agreements regarding cement trucks;