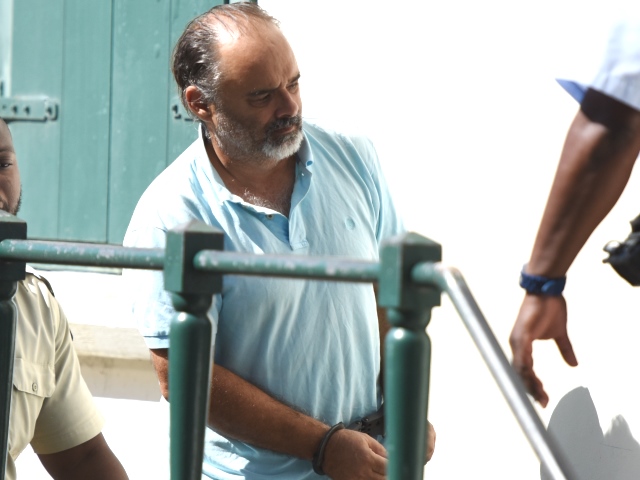 PHILIPSBURG, Sint Maarten — The Judge of Instruction on Friday, February 24, 2017 ordered the custody of suspect Angel Reyes for eight (8) days. He was arrested on February 17 in connection with the false passport and he is also in detention to be extradited to the United states.

In a press release issued by the KPMS Reyes was identify as a Cuban- American was arrested on PJIA when he try to board a plane using one of his false passports.

Reliable information reaching our newsroom is saying Reyes has a Dominican Republic Passport, American and a Russian Passport with him.

Below you can read a previous Press Release issue by the Sint Maarten Police Force (KPSM):

AIRPORT — On Friday the 17th of February 2017 a departing passenger was scanned by the new PJIA E-gate system. During the passport scanning-process, it became clear that the passenger tried to leave St Maarten using a false passport.

He was arrested by personnel of the Immigration and Border Protection Service / St Maarten Police Force, for further investigations. In cooperation with the office of Interpol St Maarten it appeared that the suspect was in the possession of several passports and ID cards, using a total of 3 different nationalities and identities.

During the investigation on one of these identities, it became clear that he was a Cuban born American citizen. His arrest was warranted, via a so called Interpol ‘red notice’ (international arrest warrant) on request of the US authorities.

As a result of this cooperation and on order of the Attorney General’s office, the suspect was arrested with a view towards extradition.

The suspect will be led to a judge of instruction on the 20th of February 2017. The suspect is wanted by the US authorities in an investigation into large scale fraud in which millions of US dollars were gained between 2006 and 2012.