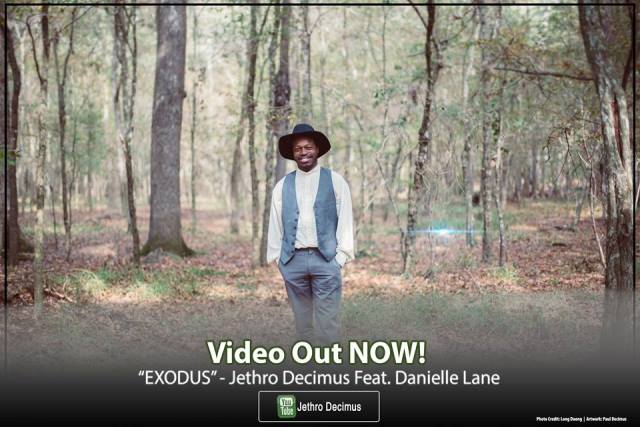 USA – Jethro Decimus was born and raised in St. Maarten, and is of Haitian descent. However, he left St. Maarten at a young age to attend school in Florida.

Decimus is known as an international music artist, compositor and producer, who on November 18, 2016 debut his first music video and album both entitled “Exodus.”

“Exodus” is available on all legal digital platforms.

The album has five songs, which tells the story of his journey and culture.

“The main goal of the album is to show the human race that we are all looking for some sort of freedom, and that we are in dire need of help that the human power cannot manufacture,” a release said.

Decimus’ musical genre is Fusion, a world genre, which is a mixture of an Afro-Caribbean rhythmic pattern. Decimus has been writing and producing his own music since 2012, and it’s through this musical journey that he finds music to impact him in such a profound and meaningful way, where often times words seem to be insufficient to express his passion.

Decimus has been influenced by the musical styles of Bob Marley, Wyclef Jean, Black Alex and Sara Tavares, amongst others.

He is currently working on the script for his second music video, which should be released in the Fall.