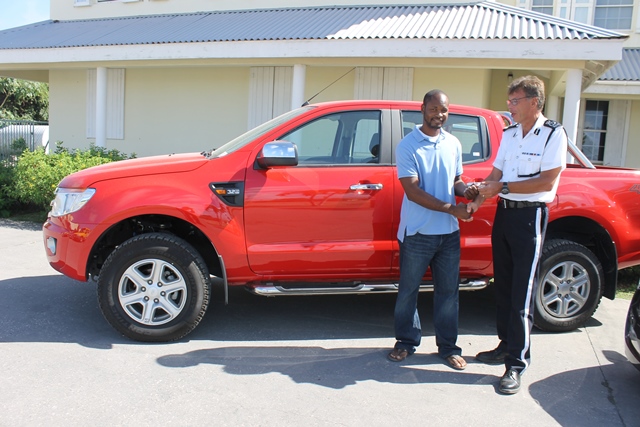 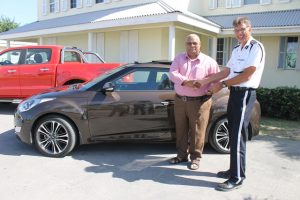 ANGUILLA – The Royal Anguilla Police Force on Monday, February 6, at 2:00pm presented the winners of various activities for Police Week 2017, with their prizes.

Both winners were presented with their keys and vehicles at the Valley Police Station by Commissioner of Police Paul Morrison in a brief ceremony where they were both congratulated.