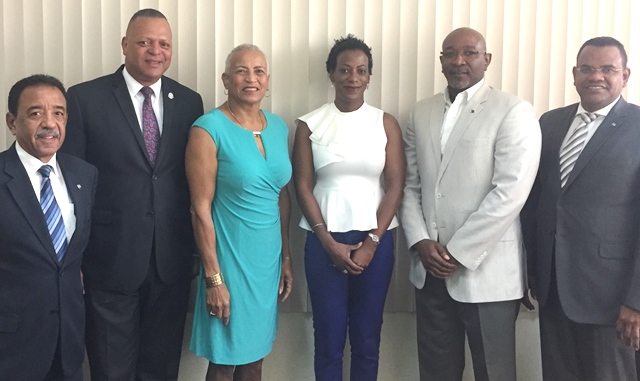 ORANJESTAD, Aruba — Member of Parliament of St. Maarten, Honorable Claret Connor paid a courtesy visit to his counterpart colleagues of the Aruban Parliament (AVP Faction). During the brief meeting, the MPs discussed various matters of mutual interest as well as the need to reinforce relations between the countries.

One of issues discussed at length was how the countries could better streamline arrangements and disbursements related to AOV (old age pension) to ensure that this process is less cumbersome on the part of pensioners that toiled on the islands of the former Netherlands Antilles.

This issue, which is also common on the islands  borders on the changes in the pension structure affecting this group since the dissolution of the Netherlands Antilles.

The MPs agreed to establish contact with their respective institutions to initiate dialogue on this and other issues with as ultimate purpose to improve the quality of life for our fellow citizens.