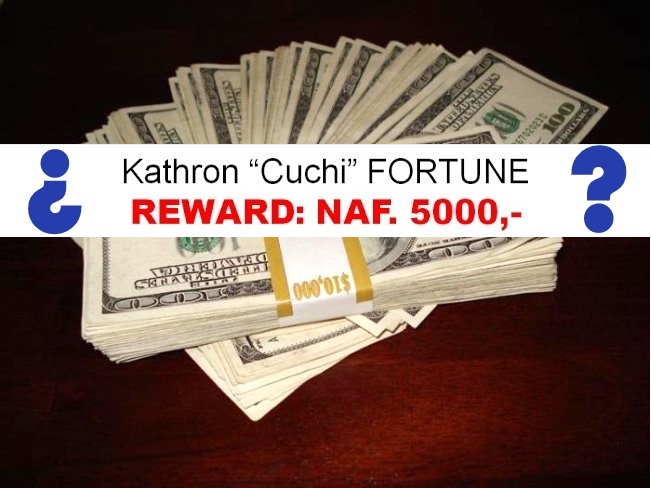 PHILIPSBURG – The St. Maarten community took to social media and questioned why Law Enforcement didn’t raise the reward money for the capture of Kathron “Cuchi” Fortune.

One person told 721news that if two people go to a local finance institution on the island with two salary slips, they can get a larger sum than that in a loan. “Why should one run a risk to give information and just get $2,700? It will be more attractive if the reward money can be raised from $10k to $20k to make it attractive, so people can give the information,” the person stated.

Another citizen told our newsroom that the law enforcement is constantly seizing bank accounts, and a few years ago hundreds of thousands of dollars were found in different drug operations. This money could have been put in a crime fund. “Why didn’t they make use of this fund and raise the reward?” they asked.

On Facebook and Twitter, the community expressed that the low reward money offered for Cuchi’s capture did not bring any results after over a year.