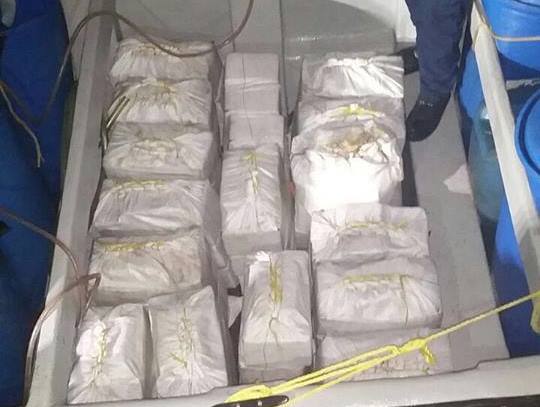 WILLEMSTAD, Curacao — Last Sunday afternoon the Dutch Caribbean Coastguard (DCCG) assisted in the interception of a significant amount of drugs by the colleagues of the Colombian Navy. The patrol aircraft of the Coast Guard, the DASH-8, followed a  ‘Go Fast’ in collaboration with the Americans.

The Colombian Navy was able to intercept the fast boot near the coast of Colombia. The go-fast left Colombia in the northern direction, but had to turn back due to engine failure. The load of cocaine, totaling 412 kilos, was confiscated and the two crew members were arrested.