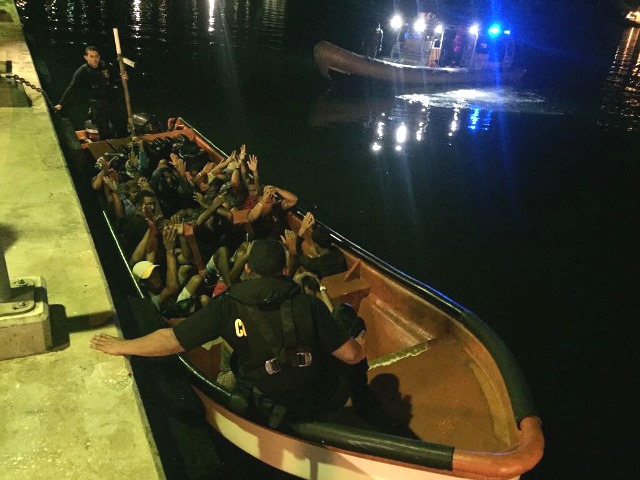 WILLEMSTAD, Curaçao – On Saturday, February 18, the Dutch Caribbean Coastguard (DCCG) detained a group of 22 persons trying to get into Curaçao illegally. A weapon was also intercepted. Last Friday there were also 2 Venezuelans detained.

The radar operator from the Rescue and Coordination Centre (RCC) detected a suspicious contact south of Curaçao. A Super-RHIB, a unit from the Coastguard base in Curaçao immediately set out to investigate. In the area of Spanish Water, an unlit vessel was found with 22 persons, and a gun on board.