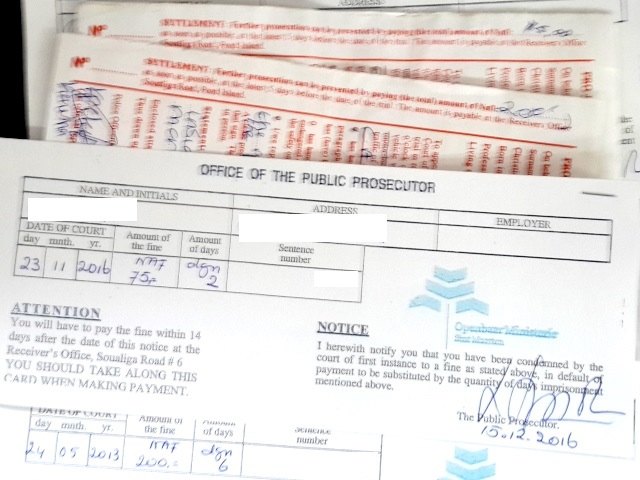 PHILIPSBURG – In a press release issued on Sunday, January 29, by the police force, it was mentioned that police had collected over NAf. 123,000 in traffic fines and conditional dismissals.

However, it was not mentioned what is still outstanding in traffic fines and conditional dismissals.

This can take the form of a list of names and the amount owed. The fact is that a traffic ticket is a summons, and a judge has ruled that the offender has to pay this ticket. Each traffic case is dealt in a public court case so the verdict is public. Most offenders forget or don’t realize their names are on the list. Once they find out, they will make sure to clear the bill.

This decision has to be taken by the Prosecutor’s Office or the Government. Below you can read the press release issued by the Police:

In 2015, the Police Force collected a total 15,000, guilders for outstanding fines and conditional dismissals.

In 2016, the Police Force collected a total of 118,343.53 guilders for outstanding fines and conditional dismissals.

Thus far for the month of January 2017, a total of 5,750, guilders for outstanding fines and 2,000, for conditional dismissals have been collected.

The Police is urging anyone who may have outstanding fine(s) to have it paid as soon as possible to avoid any unnecessary inconvenience during the many traffic stops that will take place.