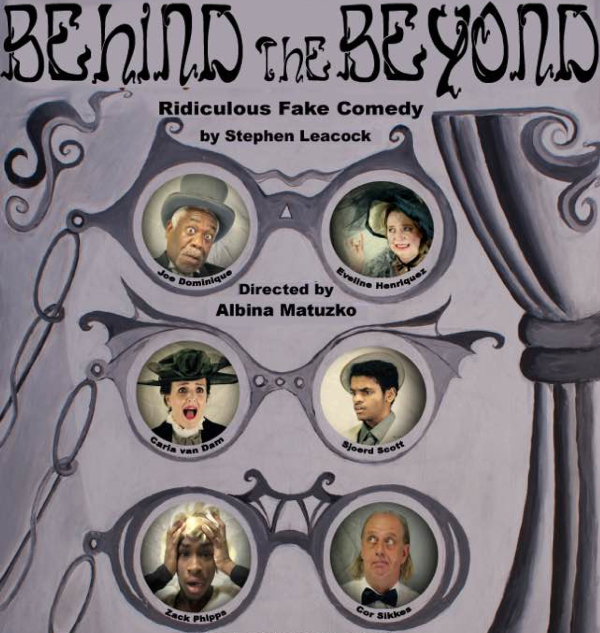 PHILIPSBURG, St. Maarten – The National Institute of the Arts (NIA) announces show times for its upcoming production of the Ridiculous fake comedy “Behind the Beyond” directed by Ukranian director, Albina Matuzko.

Set in the year 1910, in a nostalgic European era, “Behind the Beyond” is about love, betrayal, hidden agendas and exaggerated pleasantries.

Described as a PARODY that clears the way for “fat” acting and expressions of emotion to a ridiculous end, the play is the work of theater teacher and director, Albina Matuzko, who has worked tirelessly to bring one of the works of Canadian humorist, Stephen Leacock, to the St. Maarten Stage for the first time.

Matuzko will be introducing a cast of players whose serious and demanding professional lives could not be more removed from the zany characters they portray. The cast includes a Notary Public, a doctor, a top business executive and a journalist.

Also included in the cast are some truly amazing youth talents with a presence on stage that goes way beyond their teen years, and some “stage hands” without whom the décor, props and other technical parts would not be as spectacular – as you will witness.

“What we have done is very experimental and in keeping with the work we try to do with the NIA Lab Theatre. We will be using stage production with elements of physical comedy acting that is taken directly to the audience, interacting with them in ways that is new to our players,” says Matuzko, a trained stage performer, director and a student of theatre who has worked with various important theatrical mentors from all over the world.

She describes the upcoming production of “Behind the Beyond” as a form of theater that will ensure that all six performances will have their own unique effect on the audience of the night.

“I am looking forward to presenting my amazing cast and to add something different to the very special cultural and artistic diversity that St. Maarten continues to produce and the NIA Theater Lab will continue to nurture,” added the director Matuzko.