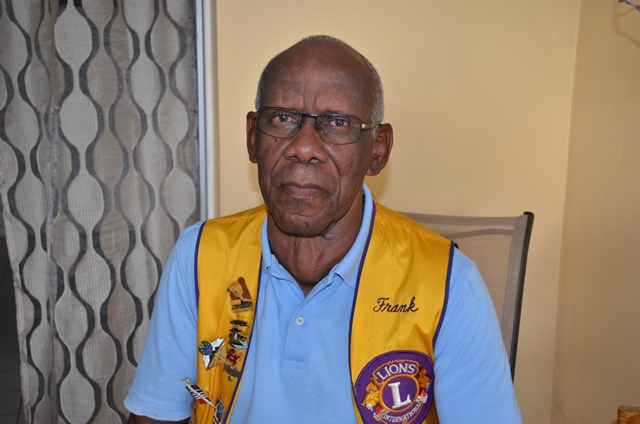 PHILIPSBURG – The St. Maarten Lions Cub will celebrate 46 years of existence on Monday, December 12. The club was founded on Saturday, December 12, 1970.

One of the original charter members Lion Frank Arnell, who is now a Life Member fondly remembers how the club came together back in the day. “The late Ben Vlaun had a friend in Curaçao by the name of Donald ‘Donny’ Bakhuis, who was a member of the Curaçao Lion Club. The Curaçao Lions Club was the sponsoring club for the St. Maarten Club. In those days Lion Donny used to come to St. Maarten frequently for work and he worked closely with Ben to gather a group of young men who together founded the St. Maarten Lions Club with the common goal of serving the St. Maarten community. The club used to meet in those days at Le Grande St. Martin Hotel in Marigot. Many of the original members have since passed away, but I am very proud to still be able to see the St. Maarten Lions Club grow over those 46 years after serving in many capacities such as Club President and in various years as Club Secretary,” Arnell stated.

Lion Frank Arnell also remembers Lou Peters playing an important role in getting the club moved from under the Latin American countries such as Venezuela mainly because most of the members could not understand Spanish while attending conferences in those countries. “Lion Lou played an important role in getting us more affiliated with the English speaking Caribbean islands, as every time we went to a convention, we had to always walk with a translator. Lou wanted no part of that. After that move the club’s activities really took off and grew on St. Maarten,” Arnell continued.

“The Christmas Bingo, Breakfast Morning in front of the Court House and the Fishing Tournaments were the big fundraisers back in the day. Those fundraisers even helped the club purchase an ambulance for the island of St. Maarten. The club back then was an all-male club as the ladies were in the Lioness Club. That changed after Lions Club International mandated that women were allowed to join the all men’s club. Unfortunately, many of the St. Maarten men in the club did not like that new rule, and the St. Maarten Lions Club lost many of its members because of this,” explained Arnell.

The St. Maarten Lions Club grew over the years, serving the St. Maarten community with various Presidents and thousands of worthwhile projects. Currently, the club has 53 members although some of those are Life and Affiliate members. From 2000-2001, Lion Lisandra Havertong served as the first female President.

Under its present President Lion Davey Woods, the club has embarked on digitizing all of the old pictures of the club from various members such as Lion Wally Havertong, Lion Frank Elstak, Lion Maxime Larmonie and Lion Celeste Beauperthuy. “This is a huge project whereby four or five members have the daunting task of scanning old photographs in their free time. We had to do it as there is so much history of the club that we needed to preserve. Someday, I would like to share some of these pictures with the St. Maarten public because the public has helped the club to grow over those 46 years, and the public community will be very surprised as to the wealth of history in those photographs,” stated President Woods.

The St. Maarten Lions Club will celebrate their 46th anniversary, and Christmas Celebration with a private dinner for club members only on Tuesday evening, December 13, which is their normal meeting night. Upcoming projects include the Christmas Day project, the Lion Rudy Hoeve Health and Wellness Fair and the club is finalizing plans for their “Eyes for a Brighter Future” project, which is the signature project for the Lionistic year under its present President.

For additional information about the St. Maarten Lions Club and its various community projects, email the club at dailyboard@sxmlions.org or visit their Facebook page.