PROVIDENCIALES, Turks and Caicos Islands, — Dr. Rufus Ewing, former Premier of this British Overseas Dependent territory, has resigned as leader of the Progressive National Party (PNP), following the loss of his own parliamentary seat and the party’s crushing defeat in the recent general election.

“The people of the Turks and Caicos Islands have spoken and have indicated their wish for a change in governance,” Ewing said at a press conference.

“The outcome of this election is a clear indication that democracy is alive in our islands. I wish to express my gratitude to all of the candidates from all parties who nobly put themselves forward for service to this country.”

“I wish to now state that as the leader of the Progressive National Party (PNP) I take full responsibility for the party’s loss, and as such, I have made the decision to tender my resignation as party leader with immediate effect,” he said.

Ewing said he did not expect the PDM to win by such a large margin.

“I am pleased that the election on 15 December passed in an orderly manner. I congratulate the People’s Democratic Movement and its leader, the Hon. Mrs Sharlene Cartwright-Robinson, on their party’s victory. I relayed my congratulations to her this afternoon (Friday). I look forward to working with TCI’s elected officials in effective partnership for the good of all the people of the Turks and Caicos Islands.” 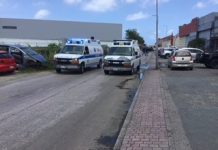